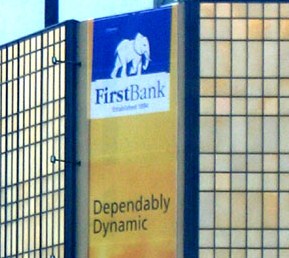 First Bank of Nigeria Limited, for the third consecutive year, has been ranked as Nigeria’s number one banking brand in the 2014 The Top 500 Banking Brands Ranking of the world just released by The Banker Magazine, Financial Times Group and Brand Finance in the United Kingdom.

According to a release by the Country Representative – Nigeria, The Banker, Mr. Kunle Ogedengbe, First Bank which was also ranked number one banking brand in 2012 and 2013, came top amongst the Nigerian banks and was joined in the ranking in distance second and third by Guaranty Trust Bank and Zenith Bank respectively.

Brand Finance is the world’s leading brand valuation consultancy which advises branded organisations on how to maximize their value through the effective management of their brands and intangible assets.

According to The Top 500 Banking Brands report, though there are numerous ways of calculating brand value, Brand Finance which complied the ranking used royalty relief method that values the brand based on what would be paid to use the brand if it were owned by a third party. The method is recognized by courts and tax authorities.

The valuations of the brand take into account brand-specific financial and revenue data, model the market to identify market demand and the position of individual banks in the context of all other market competitors, establish the royalty rate for each bank, calculate the discount rate specific to each bank (taking account of its size, geographical presence, reputation, gearing and brand rating) and discount future royalty stream to a net present value, that is, the brand value.

According to the Africa Editor of the magazine, Mr. Paul Wallace, brand value of Nigerian banks increased by three per cent to $593 million. This made Nigeria to be among the Top 50 countries of the world by total brand value.

The top ten banking brands in the world remain in America, Europe and Asia. The 2014 number one banking brand in the world is Wells Fargo (USA) which was second last year. It is followed by HSBC (UK) Bank of America, Citi, JP Morgan Chase (all from USA), ICBC (China), BNP Paribas (France), Santander (Spain), China Construction Bank and Agricultural Bank of China.