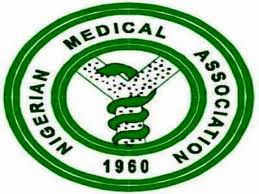 Disappointed by the ongoing nationwide strike by the resident Doctors and fruitless efforts by stakeholders to end the action, the Minister of Health Professor Onyebuchi Chukwu has called for a public debate between the Nigeria Medical Association (NMA) and government representatives.

Professor Chukwu threw the challenge at a press conference in Abuja on weekend. The Minister who claimed the government had fulfilled its side of the agreement with the striking doctors, complained that the reason why the action was still on could not be established most especially that NMA leaders have signed MOU early in the month when the strike began and promised twice that their members would return to work.

The Minster stressed that it was against this background he called for a high power public debate, so that each side would have opportunity to present its side of the conflicting and relevant issues.

The Medical and Dental Consultants Association of Nigeria (MDCAN) President, Professor Steve Oluwole, in his reaction berated the Minister and posited that his statement was impolite and fell short of resolving the issues involved in the industrial dispute.

Professor Oluwole stated that calling for a public debate amounted to playing to the gallery and that would not favour either party, nor achieve the desirable results. He added that signing of MOU mentioned by the Minister, could not yield result as the NMA team observed that the government officials’ agenda were different from the association’s leaders – found out both were not working towards common goals.