I was Disgraced Out Of Boxing, Before Joining Acting -Mr Ibu 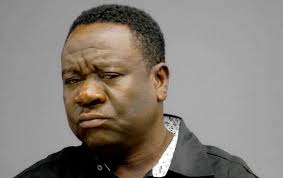 BALTIMORE, MD (AFRICAN EXAMINER) – Popular hilarious Nollywood actor Mr. John Okafor has revealed that his sojourn into acting is accidental, as he originally aspired to become a professional boxer.

Despite the fact that he has been progressing in it, Okafor, also called Mr. Ibu said the story of his ambition changed when he went for a Championship in Delta State.

”I would have been a boxer. I used to be a boxer. I was doing well until I went for a championship in Delta State.

”The boy I fought with was an idiot; he gave me a beating I would never forget. That boy changed my face and made me hate anything that had to do with gloves.

”After the fight, I looked in the mirror and I could not even recognize myself. I could see with only one eye for some time due to the punches he dealt me. That was the incident that made me quit boxing” Okafor confirmed this in an interview with The Punch.

The comical artiste was also once reported that he faced with the challenges of frustration and poverty at the beginning of his journey into the movie industry.