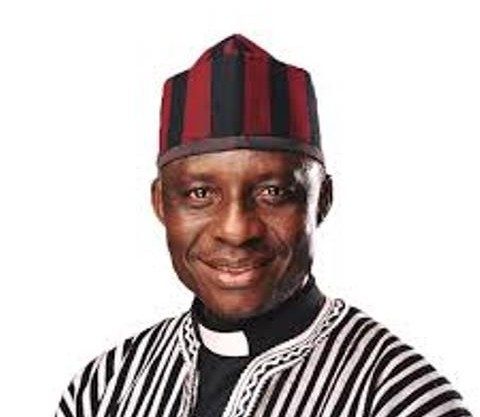 (AFRICAN EXAMINER) – Ahead of the March 9, 2019 Gubernatorial Elections, the People’s Redemption Party (PRP) Governorship candidate in Benue State, Rev. Frederick Ikyaan, has promised to establish three new specialized universities to address the peculiar and critical needs of the state if elected into office.

In a statement issued in Makurdi on Thursday, the Chairman Ikyaan Gubernatorial Campaign Council, Hon Sebastian Agbinda, hinted that besides the three new universities to be sited in Ugbokolo, Makurdi and Yandev (near Gboko), the Ikyaan Administration would support the growth of two faith-based tertiary institutions in Otukpo and Mkar.

According to Hon. Agbinda, the present Benue State Polytechnic in Ugbokolo would be upgraded into a university to be called David Mark University of Technology, Ugbokolo.  The proposed university, which will specialize in Agricultural technology and Agro- Allied processing, among other modern, innovative courses, will be named after immediate past President of the Senate, Senator David Mark, in honour and appreciation of  his great contributions to the growth and sustenance of Democracy and Education in Nigeria.

The second university, according to Agbinda, will be the Benue State University of Sports, to be sited within the area covering the Aper Aku Stadium, Government College Makurdi and the premises of the defunct State Ministry of Education.  The establishment of the sports university is not only a conscious effort by Rev Ikyaan to mobilize the youth of Benue to take centre stage in national and world sports, but also to immortalize the first civilian governor of the state, late Aper Aku who laid the foundation for sport development in Benue.

He added that the third university will be Akperan Orshi University of Agriculture, Yandev, near Gboko, whose mandate will be Livestock, Tree Crop and Dry Season agriculture.

Justifying the need for the proposed Sports university – the first of its kind in Africa, Agbinda quoted Rev Ikyaan as reasoning that if Benue is regarded as the ‘Food Basket of the Nation,’ then the state should be in a position to mobilize enough sports men and women to mobilize among her well-fed and healthy youth population to supply the needs of various sporting clubs and nations around the world.

Each of the three proposed universities would be supported and encouraged by the Ikyaan Administration to start their Nursery and Primary school sections to service the educational needs of the children and wards of the people working within and around these institutions.

In addition, he said, a minimum of three Sports Academies would be established in each of the 23 local government areas of the state.

He further said that the Ikyaan Administration would give full support and encouragement to Dunamis Church International in its quest to establish a Polytechnic in Otukpo and the University of Mkar, which is being operated by NKST.

A detailed profile and background to each of the proposed universities, will be contained in subsequent press releases from the Campaign Council.