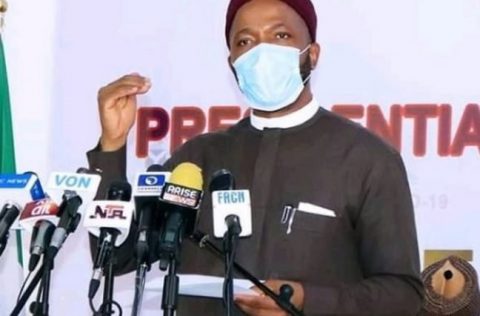 (AFRICAN EXAMINER) – The Federal Government (FG) has announced it will embark on an assessment tour of all Unity schools in the country as students, as the students in the transiting class (SSS3) set to resume and prepare for the suspended WASSCE.

Minister of State for Education, Emeka Nwajiuba made this known Monday in a statement issued by the Director of Press and Public Relations, Federal Ministry of Education, Ben Bem Goong.

Nwajiuba during an online meeting with the 36 State Commissioners of Education was quoted as saying that the planned tour to be led by him, and joined by the Permanent Secretary in the FMoE, Sonny Echono and the Directors of the Ministry was aimed at assessing the level of preparedness of the various institutions.

“Ahead of August 4 2020, the Minister of State for Education, Hon. Chukwuemeka Nwajiuba has announced that all the 104 Unity Colleges are ready to open their gates to exit classes tomorrow.

“Announcing the preparedness of the Unity Colleges at a meeting with Honourable Commissioners of Education of the 36 States of the Federation this (Monday) morning via the Zoom platform, the Minister lauded Principals of Unity Colleges for the comprehensive preparation put in place for resumption.

“Across states, Honourable Commissioners reported varying degrees of preparation and readiness for reopening between August 4 and 10 for virtually all schools within their jurisdictions.

“From today (Monday), the Honourable Minister of State for Education, Permanent Secretary and Directors will embark on an assessment tour of all Unity Colleges to ascertain and confirm the reports they have received from the Principals of Unity Colleges.

“Similarly, Federal Education Quality Assurance Directors deployed to the States have been directed to monitor compliance in their respective states. Honourable Commissioners from the States were enjoined to embark on assessment tours in their jurisdictions to ascertain the level of preparations for reopening.

“While most schools will reopen tomorrow (Tuesday), others will continue to fine-tune their preparations in the coming days for reopening. Education Minister, Hon. Chukwuemeka Nwajiuba, is asking all schools to communicate their specific reopening dates to their parents and students in order to avoid chaos in the system.

“All returning students are to undergo temperature checks among other protocols before being admitted into their schools’’ the statement read.