Neither Coalition Nor Third Force, But a Restructured Mind 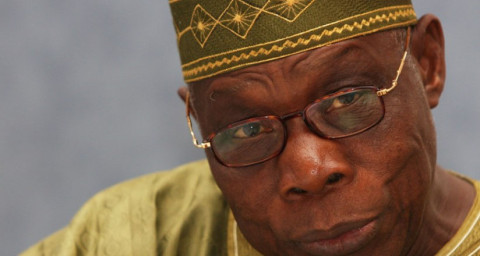 (AFRICAN EXAMINER) – Truth, in the words of Thomas Aquinas, is the agreement of what is in the mind with what is on the lips. Considering this remark in relation to the truth as told by the former President, Chief Olusegun  Obasanjo in his memo to President Buhari, and  the ripple reactions that followed, one may be tempted to view the letter as more of a connotation than ordinary. Though, an interesting argument, but again, may not be true as the former president is well known as an open, straight talker, who cares less about strategy or diplomacy.

To Obasanjo, the letter was not aimed at impressing anyone, but it did impressed. It was not targeted at winning a cheap political point, instead, focused on restoring hope to the masses while providing political access to direction – hungry politicians. Interestingly, the memo has attracted similar ones with the latest coming from another former military president, General Ibrahim Babangida.

Conversely, the well-chiseled letter excelled in the issues raised but, suffered structural deformity in strategy/action plan proffered. The call for, and decision to lead a coalition to save Nigeria by the author in my views is not well thought out as it points to another round of ‘political crop rotation. The caliber of dignitaries that graced the inaugural ceremony of the coalition and Obasanjo’s statement that the coalition will work with some relevant political parties underscores this assertion. Again, the composition of the group so far, and the support structure further points to the age long palace ;Problem Has Changed Name’ (PHCN).

No doubt, OBJ.  as an elder statesman, propelled by  “holy anger”  needed to effect a  positive change coupled with the   burning love for his country, has done the needful by igniting  the needed consciousness but forming or leading a coalition may be an off-side role.

The world has witnessed great leaders such as Lyndon Johnson, a onetime President of the united state of America stopped from seeking a second term in the office by virtue of such letters. Notably, it was after such  a letter  condemning his poor handling of the  war against the Vietnamese that he (Lyndon) issued a statement which read in parts ‘’I shall not seek and, I will not accept the nomination of my party as president’’. The rest is now history and who knows?

The memo and not the coalition remain the most dynamic and cohesive action expected of a past leader like OBJ to earn a higher height of respect. Therefore, the knowledge gained, and awareness created via the letter  will assist Nigerians in the pursuit of their political destiny without the orchestrated coalition. To further support my voiced opinion, ‘a tree generally bears no colourful flowers, but if decked with false blossoms, it can look like something it is not’. Similarly, the call for the coalition, from observations so far, is nothing but an assemblage of outsmarted ‘old horse riders in a rebranded package.

Specifically more interesting is his  remark  on the ‘lice of poor performance in government- poverty, insecurity, poor economic management, nepotism, gross dereliction of duty, condonation of misdeed-if not outright encouragement of it, lack of progress and hope for the future, lack of national cohesion and poor management of internal political dynamics and widening inequality’’.

Going by reports, the memo has started bearing fruits with President Buhari’s  recent comment that he will no longer accept mindless killings  while celebrated corruption cases  now receives attention.

However, Nigerians are yet to spot the difference in their socio-economic wellbeing as a nation between 1999 when OBJ was in power and now. This fact alone is enough moral burdens that discredit the former President’s proposed decision to lead a coalition against a situation he partially created.

Viewed differently, his interventionist role  is acceptable, nevertheless, it will be more rewarding if the  former president concentrates on preaching; honesty in government and need for a multicultural society of equal citizens, where opportunities are equal and person’s contribution is recognized and rewarded on merit regardless of tribe, language, religion or culture’. That, in my view is expected of the former president and not forming or leading a coalition.

These call  for  a coalition or third force is a sign that as human beings, we think of ourselves ‘as more generous, selfless, honest, kindly, intelligent or good looking than in fact we are’. Such disposition, in all fairness, makes it extremely difficult for us to be honest with ourselves about our own limitations. This development becomes more worrisome when we remember that some of these calls are superficial without genuine repentance from the proponents.

Objectively, one thing we must not fail to remember is that our political challenges were created by our leaders, accelerated by the masses, and can only be reduced by all of us. Hence, we do not need a movement, a coalition or third force, but a personal political reorientation via mind restructuring that will bring a national political rebirth. Learning from the silent points raised by former President Obasanjo is important. But developing the will to hold our leaders accountable and using the knowledge gained to re-shape our support structure come 2019 general election should remain fundamental to all as a nation..

Getting the above process catalyzed will require an urgent reworking of our faulty political mentality vis-a-vis party preference against credible candidates, instant gratification mentality which is fast becoming a native and developing the needed political consciousness built on value.

To conclude, for us as a  people that are interested in turning  our nation to a space for  peace, freedom and prosperity, For us to ‘create leaders with virtues that we can respect and moral principles we can applaud’, For us to make real progress and build the Nigerian of our dreams come 2019 , what we urgently need is personal political mind restructuring to vote the right people irrespective of their; age, tribe, party or financial muscular as achieving such will definitely open the floodgate of development and prosperity.