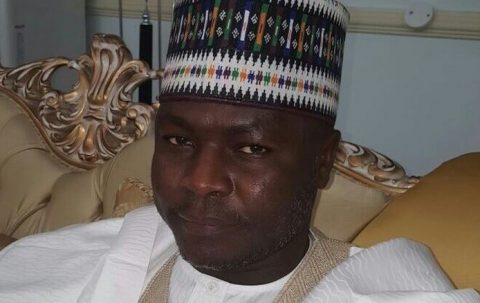 (AFRICAN EXAMINER) – A member of the House of Representatives, Rep. Ahmed Jaha (APC-Borno), has regretted the comments he made at the Thursday’s plenary, apologising to Nigerians, especially women.

Jaha, at an interview with journalists on Saturday in Abuja, recalled his comments at the debate that women should cultivate a habit of proper dressing to avoid unnecessary harassment from men who could not control themselves.

The lawmaker, representing Chibok, Damboa, Gwoza Federal Constituency of Borno, said he regretted making such statement as it affected the sensitivity of women.

“I have made a mistake that has offended the sensibilities of fellow Nigerians and indeed, fellow human beings, particularly women who are our mothers, wives, sisters and daughters.

“While I totally reaffirm my position that rapists should face death sentences, I regret the part that talks about the dressing of women.

“I deeply apologise for this position, because as some have rightly argued, my comments, could imply that women who are victims, share the blame of being raped.

“This clearly, could not have been the intention of someone who suggested death penalty for rapists,” Jaha said.

The lawmaker said that there were three sets of people who never made mistakes: “the dead, those incapacitated and those that are healthy, but useless to the society”.

According to him, mistakes are for those who make efforts, but gets it wrong; it is then left to them to own up to their mistakes, take responsibility, tender apology and dedicate themselves to genuine repentance.

Jaha said that a woman’s choice of dressing could not justify rape, saying that if women who were the weaker sex show discipline by looking away when men were not well dressed, men should even do better.

“I know that it is a divine responsibility for every good man to protect and preserve the pride of a woman.

“Most women are born with natural strength of endurance, that is why they are able to go through childbirth, to nurture families, take care of relations and still able to earn descent livelihoods.

“Women do things with completeness. I admire this so much, because I have benefited from the sincerity and commitment of women.

“I hold women with the highest respect, with great pride and with so much love that is pure and responsible,” the parliamentarian added.

Jaha also apologised to his colleagues in the house and his constituents who might have been disappointed by his comments, especially female lawmakers.

He called for the domestication of Violence Against Persons and Prohibition Act and other relevant laws against gender-based violence in the country. (NAN)