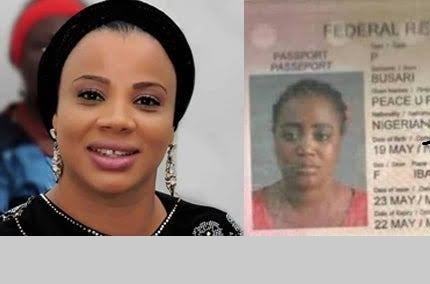 (AFRICAN EXAMINER) The chairperson of the Nigerians in Diaspora Commission (NIDCOM), Hon. Abike Dabiri-Erewa has stated a woman who was advertised for sale on Facebook in Lebanon has refused to return home.

According to report, the woman was being sold for $1,000 (£793) and she was rescued by the Lebanese authorities and taken to the Nigerian embassy in Beirut.

The advert, which caused public outrage in Nigeria and the man suspected of involvement in the advert was subsequently arrested.

The 30-year-old woman now says she has found another job in Lebanon and the Head of the commission, Hon. Dabiri-Erewa, said she tried to convince her to return home but she refused.

“Even the Secretary to the State Government (SSG) of Oyo State, where she is from, spoke to her. We just hope that Nigerians going to work in Lebanon will be properly treated and not treated as slaves,” Hon. Dabiri-Erewa said.

African Examiner reports that the Lebanese government had brought back 69 out of 79 Nigerians who were in Lebanon. The 69 are currently in quarantine and the Lebanese embassy has since stopped issuing visas to Nigerians seeking domestic work in Lebanon after the incident.