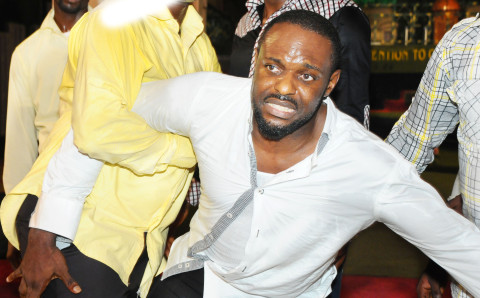 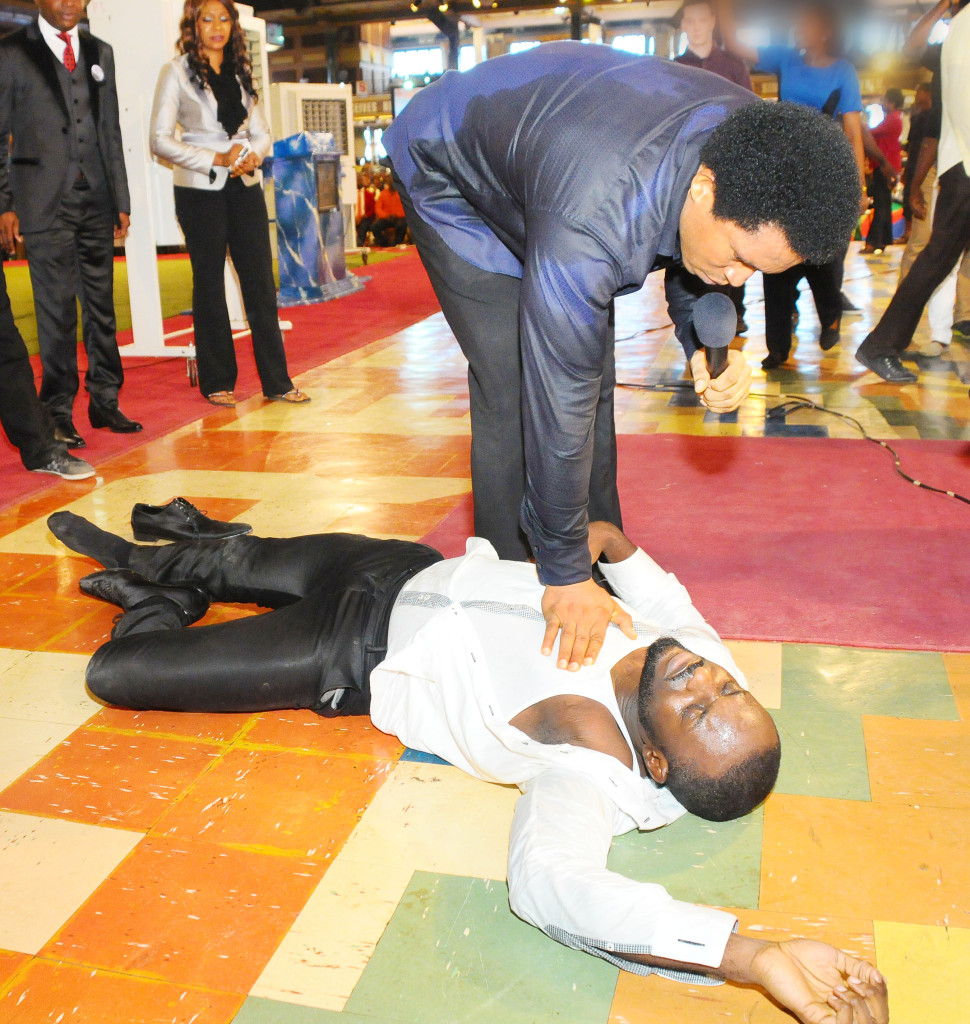 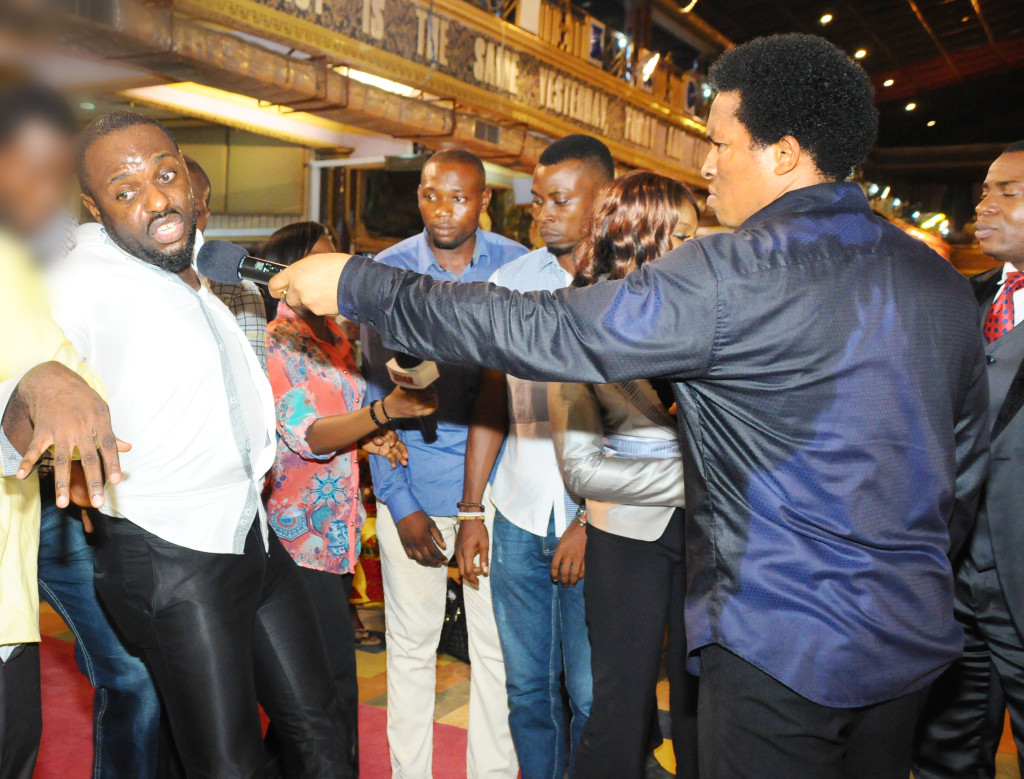 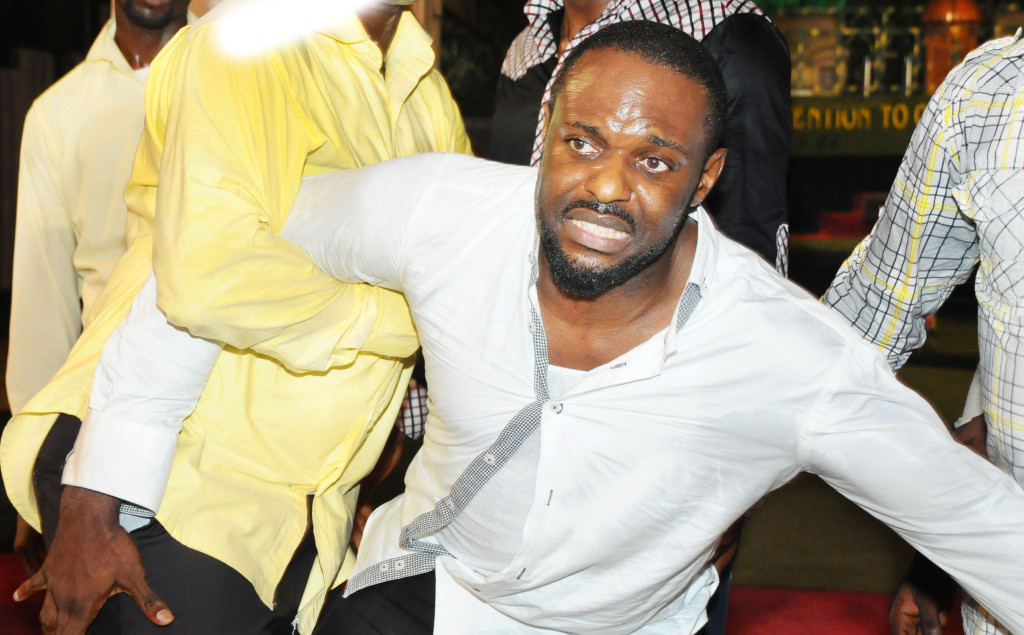 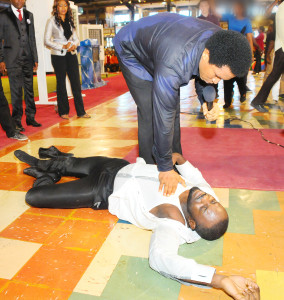 Making a surprise appearance in The SCOAN, Nollywood superstar Jim Iyke entered quietly and unannounced, joining worshippers from around the world as they listened to the inspiring message from renowned Prophet T.B. Joshua.

As The SCOAN’s Wise Men moved through the congregation in prayer, the lightning of God located Iyke and he was no longer able to control himself. Lunging towards one of the Wise Man as if to attack him, an evil spirit that had been tormenting the life of Jim Iyke manifested! The congregation in the auditorium and the overflow congregations shouted in surprise as they began to witness the deliverance of a man they were all too familiar with.

Jim Iyke, born James Ikechukwu Esomugha, is currently one of the highest paid actors in the Nigerian movie industry and cultivated the name “Nollywood bad boy” for himself. As one of the most successful actors in Nollywood, he has starred in over 150 films to date. He has launched his own film production unit, “Untamed Productions” and his own music label, “Untamed Records” with his very own album, “Who Am I?” He is also founder of “Jim Iyke Foundation”, contributing funds to children of the less privileged and children with physical challenges. 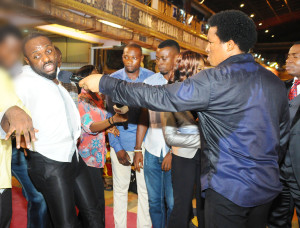 The evil spirit that had tormented the life of Jim Iyke for so many years began to manifest, confessing that it was the cause of Iyke’s setback and disappointment. It confessed that it was the reason he could never marry, stating that it would not allow him to love anyone. It continued confessing that Iyke was the biggest and that it was only God’s grace that had kept him. As the evil spirit inside him struggled to attack the Wise Man, the supremacy of the Holy Spirit continued to overpower it.

The deliverance continued but the battle was not against flesh and blood; it was against the spiritual entities that had been causing crisis in his life, family, health, career and future.

To the jubilation of the congregation, the name of Jesus Christ prevailed over the evil spirit and Jim Iyke received his freedom. Overwhelmed with what had just happened, Iyke immediately knelt in God’s presence, appreciating His Creator for his miraculous deliverance.

The humility demonstrated by Jim Iyke in submitting himself to the power of God should prompt others in his industry to make the same life-saving choice.