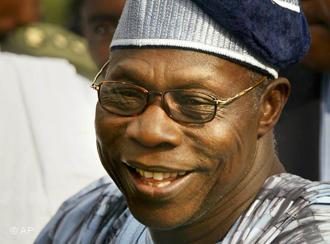 (AFRICAN EXAMINER) – Former President, Olusegun Obasanjo, have come under severe criticism as leaders of Odi community in Bayelsa State berated him over his comment on the shooting of #EndSARS protesters at Lekki toll gate in Lagos.

African Examiner reports that Obasanjo had condemned the violent crackdown on peaceful protesters in Lekki tollgate as he wrote a letter condemning the deployment of soldiers to the protest.

Reacting to this development, Odi community leaders issued a statement berating Obasanjo saying that his comments on the Lekki shooting was reminding them of their previous wounds as Obasanjo was president of the country when the Nigerian army came to a town in Bayelsa, Odi in 1999 and massacred the people over the indigenous rights to oil resources and environmental protection.

The statement read in part:

“The trauma that Odi went through under President Obasanjo is still fresh in living memory. The Nigerian Army moved in tanks, the Nigerian Navy moved in warships and the Nigerian Air Force was overhead. All the forces of the Nigerian federation were unleashed on the sleepy and unarmed rural community of Odi because some young people dared to ask for their rights. It was a time no one in Odi wishes to recall. Definitely, there are some lectures that ‘Professor’ Obasanjo may not be qualified to deliver, especially a lecture on how to disperse a peaceful protest without violence.’’

The group also stated that Obasanjo owes the Odi people an unreserved apology.