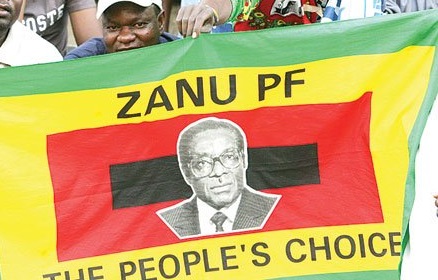 This comes as another MDC member Lavender Chiwaya, who was a councillor in Hurungwe, a town north of Zimbabwe, was found dead with a roasted maize cob and bottle of clear beer in his hands, as the opposition claimed he was abducted and killed by security forces.

On the Sikhala case, there was a drama Saturday morning as police arrested his lawyer Jeremiah Bhamu outside a Harare magistrates’ court.

Bhamu was escorting Sikhala to court when he was arrested and taken to Harare Central Police Station where he was briefly detained and released without being charged.

As at the time of filling this report, Sikhala had not appeared in court with no explanation about the delay.

Before his arrest, he had been sending social media, self-recorded videos of himself at his hide-out although he was not giving location.

Despite being one of the many opposition politicians and civic activists on security forces’ wanted list for allegedly organizing the July 31 anti-government protests, he remained vocal claiming his mission was to liberate Zimbabweans from an oppressive regime.

Sikhala had been in hiding for a month and joins Transform Zimbabwe president Jacob Ngarivhume and award winning investigative journalist Hopewell Chin’ono who have been languishing in remand since their arrest on July 20.

They are all charged with inciting citizens to revolt against government as they were allegedly linked to the July 31 anti-government protests.

Ngarivhume and Chin’ono have all been denied bail and remanded in custody.

Both made second bids for bail saying circumstances of their applications had changed and Chin’ono will know the outcome on Monday while Ngarivhume’s application was dismissed Friday.

Recently a court disqualified Chin’ono’s lawyer Beatrice Mtetwa for contempt of court and interfering with court process and ordered her to recuse herself.