Orlando Shooting: Obama Says No Direct Evidence To Link IS In The Attack 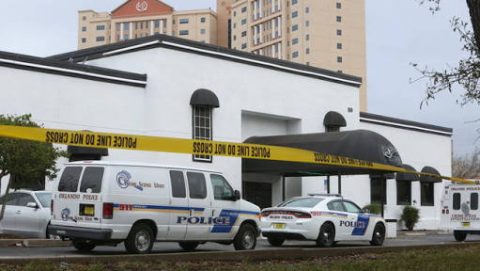 BALTIMORE, MD (AFRICAN EXAMINER) – US President Barrack Obama has in the interim ruled out Islamic State (IS) involvement in the bloody Sunday Orlando night club shooting.

Obama in his first public reaction on the sad incident asserts: “No direct evidence” Orlando gunman was part of wider plot by so-called Islamic State.

The gunman, Omar Mateen Sunday stormed a gay nightclub night club in Orlando, Florida and opened fire, killing dozens of people. Daring Mateen has been identified as a US citizen who had been known to the FBI since 2013.

He opened fire inside Pulse nightclub in the early hours of Sunday in the deadliest shooting in modern US history.
FBI officials say the 29-year-old, who was killed by police, appeared to “have leanings towards” radical Islamist ideology, although it was not clear whether the attack was a case of domestic or international terrorism.
Mateen also allegedly made an emergency 911 calls shortly beforehand in which he reportedly stated his allegiance to IS.
The group later said that an IS “fighter” had carried out the attack, but did not specify whether it was directly involved or simply taking credit for inspiring it.