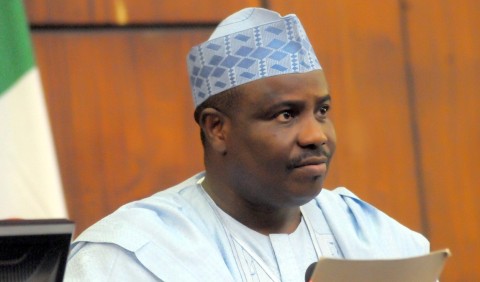 Ayodele Afolabi, Abuja Sokoto State Governor, Aminu Tambuwal has warned parents who are in the habit of not allowing their wards to go to school to either stop this practice of face the wrath of the law.

Tambuwal who stated this while receiving political leaders who converge from eleven local governments of the state to pay him Sallah homage said further a bill seeking to criminalise this practice was already before the state assembly.

The governor said that when passed into llaw, the new rule would boost school enrolment and provide quality education to every child as required by local and international laws.

Tambuwal said that the government was already putting structures in place to accommodate the increase in number of enrolments that would follow the implementation of the new policy.

According to him, the government would build and equip 240 primary and tertiary healthcare centres in the three senatorial zones of the state.

Tambuwal said the need for the policy to be put in place cannot be over emphasised because of the high percentage of parents who deliberately frustrate government efforts to educate children.

He said that the state government has already made adequate arrangement to meet the educational needs of its citizens, saying that any parent caught flouting the new law would have himself/herself to blame.

The governor noted that the founders of Sokoto Caliphate made their marks in the areas of education and scholarships adding that there’s no excuse for their successors to failed to provide at least basic education to the future generation.

The Governor was of the opinion that if the state gets its education priorities right, many ills plaguing the state and the whole north in general will become a thing of the past.