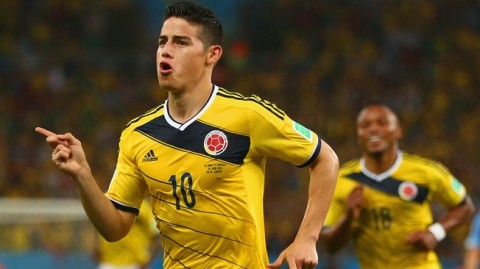 A sublime James Rodriguez double helped make history for Colombia as they reached the quarter-finals of the FIFA World Cup™ for the first time by overcoming Uruguay 2-0 in Rio de Janeiro. 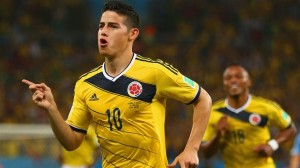 The 22-year-old was the magical conductor of the second all-South American affair of the day. He netted twice at the Maracana to go top of the scoring chart with five goals and inspire his country to a meeting with hosts Brazil next Friday that should capture the imagination of the continent and beyond.

Something special arrived on 28 minutes, when Abel Aguilar sought to command control of a scrappy situation by nodding forward to Rodriguez, who, in a moment of football likely to be replayed endlessly, chested the ball on to his magisterial left boot and sent a swivelling volley into the roof of the net, grazing Muslera’s fingertips and the underside of the crossbar along the way.

Five minutes after the restart, Rodriguez struck again – for all that his first strike was borne from individual brilliance, his second was team play perfection. A flowing passing move eventually spread possession to Pablo Armero on the left, and his lofted cross to the far post was unselfishly and accurately glanced back into the box by Cuadrado for Rodriguez to tap home.