Those Against National Dialogue Are Selfish -Tunde Bakare 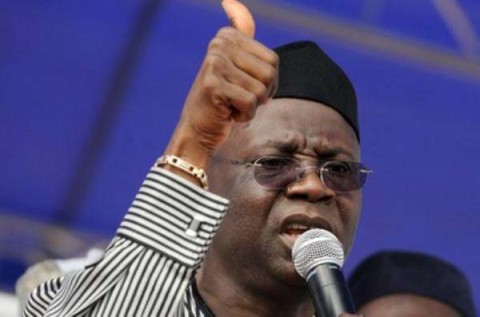 Pastor Tunder Bakare, the convener of Save Nigeria Group (SNG) on Wednesday has stated his support for the constitutional conference, adding that those who are against it are selfish and self focused. 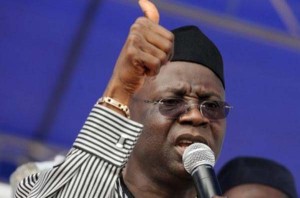 In his speech at the 10th Annual lecture of Late Chief Gani Fawehinmi, titled “Nigeria at centenary: A nation still in bondage? ” Pastor Bakare said stakeholders in Nigeria must return to the dialogue table to move Nigeria forward from the national quagmire.

“We must find creative mechanisms to bring all the sub-nationalities together to negotiate the destiny of our nation in such a manner that smoothly and peacefully transport us from the current system to a true people’s constitution ” he said.

Pastor Bakare also charged Nigerians to prepare for 2015 in 2014, in his words,  “we must not put the cart before the horse by placing emphasis on 2015. If we do not do the needful in 2014, there may be no 2015, but if we dedicate ourselves to restructuring our nation at this opportune time, the out come will be the emergence of credible leadership that will ensure a Nigeria that works”.

“Therefore as we mark the centenary, genuine patriots must take up this challenge of national rebirth and become statesmen whose shoulders the younger generation of Nigerians can mount to catch a glimpse of the Nigerian dream” he said.

However, the Former President of the Court of Appeal, Hon. Justice Isa Ayo Salami recommended pathways towards repositioning Nigeria’s legal and judicial system.

In his address as the chairman of the occasion, Justice Salami recommended that the Chief Justice of Nigeria should cease to be the chairman of National Judicial Council (NJC)

He said further ” each of the federating states should be allowed to have its own court of appeal and supreme court. Federal High court, state High court and National Industrial court should be vested with the same jurisdiction, to avoid cost of litigation and delay.”

“Members of the NJC should not accept executive appointments including briefs from the Executive during their tenure.” he concluded.