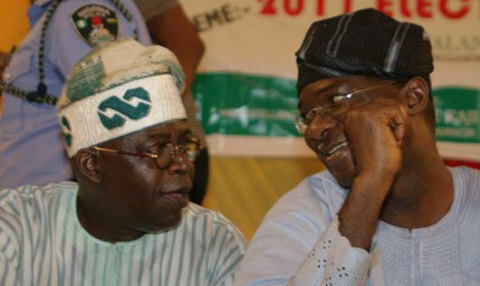 “My relationship with Governor Fashola remains cordial both at the personal level and at the level of commitment to ensuring Lagos State remains on the path of political stability, growth and development.” 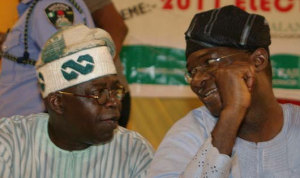 This was how the national leader of the All Progressive Congress (APC) Asiwaju Bola Tinubu summed up rumours indicating a frosty relationship between him and Governor Fashola following the just concluded state gubernatorial primaries.

He said that the current situation and issues around the Lagos Gubernatorial primary are being overblown adding “What we have done is ensure that no one is denied his or her rights to participate and compete for any elective position”.

“For a while now, I have noticed and read many published political stories on Lagos politics in particular and the personalities involved that are either concerted, unsubstantiated, pure conjectures or outright falsehood.

“In this instance, I reference a recent story ran by a major newspaper concerning my successor and me. There is no doubt political charlatans and enemies are at work fueling unnecessary rumour and insinuations and seeking to drive a wedge in an otherwise cordial and respectful political relationship.

“My relationship with Governor Fashola remains cordial both at the personal level and at the level of commitment to ensuring Lagos State remains on the path of political stability, growth and development.

“Whether Governor Fashola had a specific candidate or not isn’t the issue here. What is important is to have a transparent process in the spirit of democracy to which we both subscribe.  We often debate, agree or disagree. But when it comes to concluding on the interest of Lagos State, we are on the same page.”

“What we have done is ensure that no one is denied his or her rights to participate and compete for any elective position. Such a disposition should not translate into anger and divisiveness of the party as it is being peddled.

“Conflicts and disagreements are part of every political process. The capacity to solve these conflicts in-house and not on the pages of newspaper is a tradition in Lagos.

“We warn the people of Lagos state against speculative, self-serving stories aimed at destabilizing the party and its leadership. The media must be weary of accepting or publishing stories that seek to pursue a narrow political agenda. Rather, they should make their paper a platform for proper news dissemination and constructive analysis such that can help our country tackle the current security problem, create jobs.

“While we appreciate, recognize and respect the right of every media house to publish any story, it is important not to be part of the feeding frenzy and not to mislead the unsuspecting public.

“At my age and with my level of political experience, I am expected to seek for solutions, work for reconciliations and find a common ground where disagreements exist. That is what I have dedicated myself to in the larger interest of Lagos State and Nigeria at large.

“That is what Governor Babatunde Fashola and myself are about. That is what Lagos state deserves as Nigeria’s pacesetter in terms of democracy and development.”