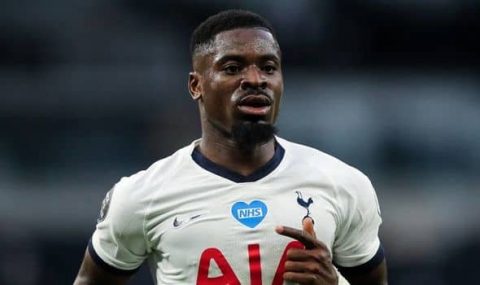 He died in hospital after emergency services found him shot in the stomach in an industrial zone on the city’s outskirts.

His suspected killer reports said escaped from the scene.

Christopher Aurier, who was a citizen of Ivory Coast, was also a footballer like his brother, playing in France.

In a condolence message, Tottenham said: “the club is deeply saddened to confirm media reports that Serge Aurier’s brother passed away in the early hours of this morning.

“We are supporting Serge at this difficult time and we ask that the privacy of the player and his family is respected. Everybody at the club sends their sincerest condolences to Serge and his family. Our thoughts are with them all.”

Reports have it that local people had called the police when they found the victim lying on the ground with a stomach wound.