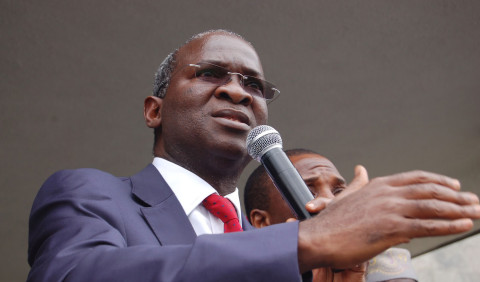 Lagos State Governor, Babatunde Fashola has said his administration is ready for downward review of the skyrocketed school fees of students of the Lagos State University (LASU), saying his government is not inflexible. 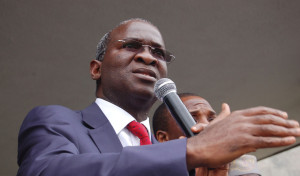 There have outcry in several quarters over increment in school fees being paid by students which rose up by over 1,000 percent, making LASU the most expensive state owned institution in Nigeria.

The governor had stubbornly refused to reduce the fees after series of outcry, but he appears to have caved in as the students and the State Executive Council are holding talks to bring down the outrageous fees.

Speaking at the weekend in Lagos, Nigeria, Fashola assured the students of the school that the State Executive Council is currently studying their paper to the Government on the increase in their school fees, promising that where there is need for adjustment or amendment it would be affected accordingly.

Fashola said the students have presented the paper which is now before the Executive Council for consideration and approval.

He declared, “I have passed it out to the Council. We have told the students that we are not inflexible and where we see the need for adjustment or amendment, we will do it so that they might understand it better”, noting, however, that going by the position paper, the students were not against the increase but the parameters used in calculating the fees.

Fashola reiterated that the increase in fees regime was one of the many recommendations made by a Visitation Panel inaugurated at the instance of the students in a petition to the House of Assembly.

“There were many recommendations made by the panel many of which we accepted. It is the school fees that have become so vexatious as it were. What we have done is that we looked across schools, Federal and State and private schools and tried to stay somewhere in the middle”, the Governor explained.

He said government also decided that the new fee was not going to affect sitting students but only new intakes, adding that in consideration of qualified but indigent students, government also increased its budget for scholarships and bursaries from N700 million, to about N1.2 – N1.3 billion “in order to ensure that no child was left behind”.

On reason for the increase, Fashola further explained, “We felt that there was no convergence of universal learning. We had begun to see LASU as a school only for children of the poor. For me that is a very dangerous thing to do, a university where children of the rich and the poor cannot sit together. The rich are taking their children to private schools; for me that is a time bomb for the future. They may not see it now”.

“In the event, the students have come back to me three years after at the instance of their lecturers who are saying that we should reduce the school fees otherwise they would go on strike. But the same lecturers are asking us under ASUU to increase their salaries”, he said.