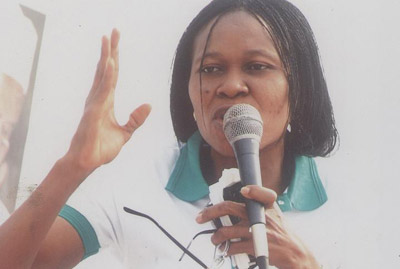 Thousands of Nigerian women are gearing up for what is dubbed ‘Mother of all Protest’ in Lagos, Port Harcourt, Benin and Abuja to protest against massive killings of school children and others in Yobe and some northern states. 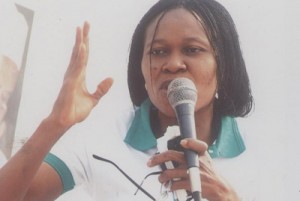 The protest has been fixed for Thursday, with all protesters to be in black attire to mourn the massacre of 59 children in a Yobe School by Boko Haram.

Okei-Odumakin says more states are likely to join the strike as several women are getting more interested in the peaceful walk on Thursday.

“Women are having a peaceful walk to mourn all the killings happening in the Northern part of our Country Nigeria, especially the recent slaughter of our kids in Yobe, Northern Nigeria. It is not enough to just be running commentaries on Social Media, or praying in our closets!

“Women and mothers are supposed to be the matrix of society, so we are calling on all Women to a peaceful non-political, non-tribal and non-religious walk on Thursday 6, March, 2014 in Lagos, Abuja, Port Harcourt, Benin and in the diaspora simultaneously,’ she stated.

According to her, women wanted to use the occasion to mourn the needless killing of children in Yobe and abduction of young ladies up North and urged the government to wade in seriously before we lose more of our next generations.

“Women should be concerned about these mass killings going on in the North, East, West or South and that sanity must prevail in the nation. In Lagos, the protest will kick off at the Lagos Television Ground, Ikeja around 8:30 am. The dress code should be black T-shirt on black skirts/hijabs/trousers with black ribbons for the wrist.