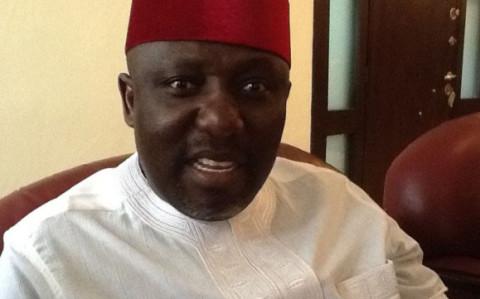 A group of Imo women under the aegis of Nigeria Rescue Group (NRG) has asked  Governor, Rochas Okorocha of Imo state to seek re election in the 2015 election. 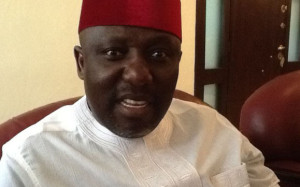 In her speech, spokesperson of the group, Mrs. C. Obi had expressed the desire of Imo people especially women for Governor Okorocha to re-contest the 2015 gubernatorial election so that he would complete all projects he started in the state.

She however, assured the governor that Imo women are solidly behind him.

Addressing the women at the Bank road – Dee Sam Mbakwe round-about, Governor Okorocha thanked them for appreciating his development strides in the state.

He said he has respect for women as mothers and charged them to pray for peace, sustenance of good governance in the state, and promised to complete all on-going projects across the state before the end of his tenure.

Governor Okorocha noted that his administration has put in place a lot of infrastructural facilities in the state aimed at improving the standard of living of the people.

He maintained that his administration will continue to cater for the needs and interest of the people despite repeated attacks on his government.

The governor, also sue for cooperation of the people to enable his administration take the state to the peak of infrastructural development.