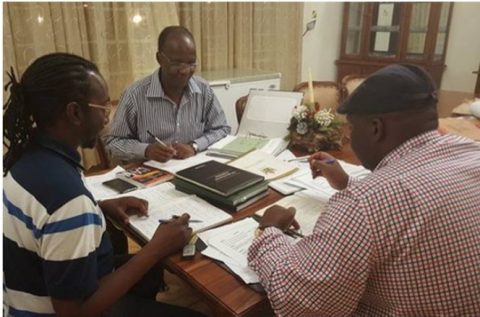 (AFRICAN EXAMINER) – Zimbabwe is planning countrywide mass demonstrations against economic and political sanctions imposed on the country by USA and European Union countries.

The US imposed financial and travel sanctions on Zimbabwe while EU countries-imposed travel bans, arms embargo and asset freezes since the turn of the millennium.

In August last year the SADC region declared October 25 an anti-sanctions day for unconditional removal of the sanctions in solidarity with Zimbabwe and other countries facing similar problems.

Last year the country held mass demonstrations in all 10 provinces characterized by toy-toying and speechifying calling on western countries to lift the embargos.

This year’s demonstrations are however likely to be affected by the prevailing lockdown hence there are suggestions they could be held virtually.

The theme is: “Resilience, Solidarity, Progress in a sanctions environment.”

Provinces have been told to prepare for the anti-sanctions (October 25).

“We have had several calls for removal of sanctions and at the 39th United Nations General Assembly heads of state have made the call. This is a call to be embraced by every national as we move towards the anti-sanctions day.

“Without sanctions, Zimbabwe would have improved the social services to people. However, despite the sanctions the country has managed the Covid-19 scourge diligently through implementation of various measures to contain the spread of the virus,” said Moyo.

South Africa president Cyril Ramaphosa last month made a call at the 75th Session of the United Nations General Assembly in his capacity as African Union chairperson for lifting of sanctions on Zimbabwe saying the sanctions have debilitating effects not only on the Zimbabwean economy but region as a whole.