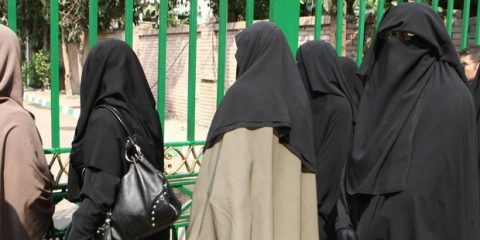 BALTIMORE, MD (AFRICAN EXAMINER) – Austria’s ruling coalition is set to prohibit the use of full-face veils (Niqab) in public spaces such as courts and schools.

It is similarly considering a more general ban on state employees wearing the headscarf and other religious symbols.

The new measures are seen as an attempt to counter the rise of the far-right Freedom Party, whose candidate narrowly lost last month’s presidential vote.

Austrian Integration Minister Sebastian Kurz cliamed it was important to be seen to be neutral, especially for anyone dealing with the public in the police or schools.

It would be recalled that some European countries have imposed similar bans but the Austrian present move is at the instance of Vice Chancellor a “symbolic” step.

France and Belgium introduced a burqa ban in 2011 and a similar measure is currently going through the Dutch parliament.

Chancellor Angela Merkel said last month that the full-face veil should be prohibited in Germany ‘’wherever it is legally possible’’. However, UK does not ban the niqab or burqa.

Niqab is a qur’anic injunction for matured Muslim women. It is the peak of Hijab institution in Islamic religion.