Buhari Not Coughing, Not On Ventilator, Says Lai Mohammed 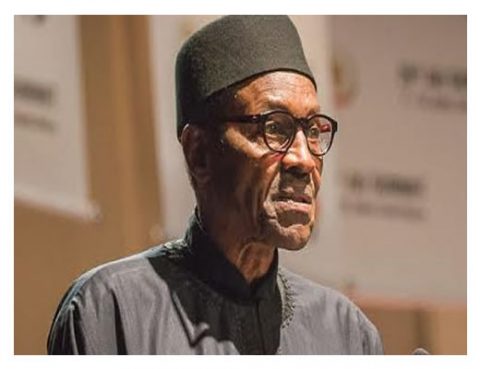 (AFRICAN EXAMINER) – The Federal Government on Thursday debunked the rumour that President Muhammadu Buhari has been coughing and now on ventilator.

The Minister of Information and Culture, Alhaji Lai Mohammed, while giving update on the measures being taken by government to tackle the Coronavirus (COVID-19) pandemic by the government, said that the news was fake.

The President is well, kicking and in control of the affairs of the country,” the minister said while responding to questions on the health of the President.

He frowned at the rising instances of fake news associated with Corona virus, stressing that fake news was now competing with the pandemic.

The minister also described as fake, the news that there were only two ventilators in Abuja, out of which one had been commandeered for a top government official.

He said the news that a British Airways Flight was due to land in Nigeria on Wednesday, in spite of the closure of all international airports, was also untrue.

The minister said that a section of the traditional media had also been engaging in “scaremongering and irresponsible reporting on the disease”.

“It is wrong to speculate on those who are positive or negative for Corona virus without any empirical information.

“In any case, being positive to Corona virus is not a death sentence, as we can see around the world.

“There is no need for the kind of scaremongering we are seeing in a section of the media.

“The danger is that this scaremongering can even discourage some who may want to come forward for testing,” he said.

The minister appealed to the media to be more circumspect in its reportage.

He also appealed to Nigerians not to panic, assuring that the Federal Government was determined to work with the people to defeat COVID-19. (NAN)