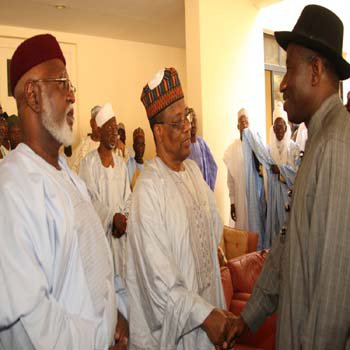 Few years ago, I had a reported analysis of response from some young boys and girls with respect to their future ambition. Expectedly, some replied they aspired to become accountants, engineers, pilots, physicians among many other noble and notable professions. Still, one of them reportedly said his ambition was to become a politician – desired to be a ‘Governor.’

Similarly, I was recently in a meeting meant to determine the appropriate disciplinary actions against a group of secondary school students in Ogun state who constituted themselves into a cult. The leader of the group was in attendance at the critical and decision-making meeting. The Chairman of the meeting towards the end brusquely turned to the ring leader, faced and asked ‘do you wish to be a Minister in Nigeria’? He retorted again, do you know you can’t achieve such a feat if you engage in cultism? To the surprise of everyone at the session, the suspected mafia leader responded very sharply and firmly that her ambition was to become a gyneacologist. 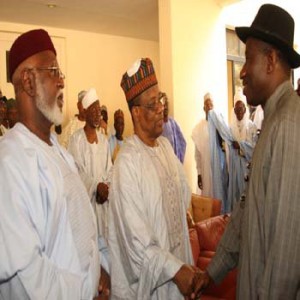 For me, such a future ambition coming from a flippant young fellow appears very interesting and inspiring. Going back to the previous point, without rubbishing life ambition of occupying esteemed (political) positions, the question is; is it really proper for one, young or adult to nurse ambition of becoming a Governor, President or occupy any other political office without necessarily first aspiring to be a successful professional?

Across the world, political office is not a career position. Rather, it is a time bound office and fundamentally meant to serve people and add values to the society. As a matter of fact, it is the experience of one as a successful professional that comes to bear as an efficient and a progressive politician. In any case, occupying political office is optional. What is vital is for every professional to work towards using his profession to impact positively on the people and the society in general.

In Nigeria, the signal from and body language of some political class suggest that politics has become a profession, hence, have refused to quit even when it is obvious for them to do so. Such people have succeeded in sending wrong signal – giving impression that politics can become a trade, where every resource is deplored to remain relevant and continue to wield influence in the political circle. There are politicians today in the country that have served in one political office or the other in the last 15 years, but till date have hampered total freedom in the country’s political and government circles.

The political career chiefs have claimed they refused to vacate owing to the fact that the incoming political breeds lack the wisdom and knowledge for good governance compared to their godfathers. They have also hinged their persistence on lack of competence of the new political office holders. In actual fact, the two points are weak if given a critical consideration. First, no one is a fountain of knowledge. Second is that there is hardly no difference between the old and new Nigerian politicians with respect to working for and serving the people. The tradition has always been ‘me and my people’. Instances of difference are very few.

Very unfortunately, this trend has over the years affected the growth and advancement of democracy in the country. Sequel to the ‘sit-tight’ syndrome and over bearing tendency of the senior political chieftains, internal democracy has remained elusive in the country’s political parties and politicking not only by the party stalwarts, but also the political office holders. The ugly situation disturbs ‘internal independence’ as well as promotes intra-party colonialism. Most unfortunately, it encourages rat-racing and violence in the political sphere. As many jostle for limited lavish political positions, every contestant competes to get the master’s attention and subsequently clinches the ticket to run. Besides, it kills individual’s initiatives as the son-Governor, President, Commissioner or Legislator must always await ‘Oga’s approval before taking virtually every decision. It is not certain whether the political sons do not take permission to visit convenience from their political god fathers. But to what extent the over bearing political ‘lords’ can reign and command the respect of their cliques?

Penultimate this week, some members of the leading opposition party in Nigeria, All Progressive Congress (APC) in Lagos staged a protest against alleged imposition of candidates by the godfather on them. The inscriptions on their placards revealed their resentment and resolve to liberate themselves from “Oga so pe” (Boss fiat) era. Of course, the peaceful rally evoked a coordinated and systematic response from the state branch of the party. And as the first national convention of the party held last weekend in Abuja, a rash of criticisms have trailed the exercise outcome. One Mrs Kokori from a northern state had alleged manipulation and being shortchanged from contesting for the post of National Organizing Secretary. From Edo came the accusation from the former Foreign Affairs Minister, Chief Tomi Ikimi against another national leader of the party Asiwaju Bola Tinubu. Ikimi alleges the former Lagos State Governor runs the party as his personal property. You would recall Chief Ikimi refused to show up at the convention as the party leaders prevailed on him to no avail, to step down for a fellow Edo brother, Chief John Odigie-Oyegun for the post of National Chairman of the party. The latter was elected to the exalted position at the convention.

Aside the Lion of Bourdillon, others who have been accused of over bearing and who give impression as if politics is now a profession are the former Peoples’ Democratic Party (PDP) Chieftain and Turaki of Adamawa; the Edo master planner ‘Mr Fix it’ and the strong Kwara power broker family not to mention many retired Generals and a long list of the civilians in this league.

However, it is really noteworthy to mention some ex political figures who have decided to concentrate on their professional practice, private business or chose to watch from the background. Here, kudos is given to former Cross Rivers State Governors, Donald Duke and his Edo State counterpart, Lucky Igbenedion. A close look indicates the duo have completely withdrawn from their party (state and national levels). We have been told of an Executive Chairman of a local council in one of the South-Western states during zero party era, who after he and his colleagues were sacked by the then Military junta, immediately retired to his law Chambers to continue his primary professional practice. There is also a case in Lagos presently of one time Commissioner who now practices fully his professional calling after leaving his political office.

These are positive trends and those that can help change and refine politicians as well as Nigerians orientation constructively with respect to significance and advantages of professional practice over useless and wasteful parade and lobby for political powers.

It is barely 24 hours to the much hyped Ekiti Gubernatorial election, South-Western Nigeria. An encounter with some folks last weekend, gave confirmation that the incumbent Governor Kayode Fayemi should begin to prepare for his exit from Ado-Ekiti State house. They in effect predicted victory for the state ex-Governor and PDP candidate, Mr. Ayodele Fayose. In another encounter, I have gathered that the ruling party and President Goodluck Jonathan were leaving nothing to chances as the President has allegedly released sum of N500 Million to ensure PDP is declared the winner, it does not matter how the task is accomplished.

The election is like a war. Thousands of police and military men have been stationed in and around the state, while not less than three police ASP have been posted, each manning the three senatorial districts of the state. Members of the strong contending parties – APC and PDP are arriving Ado-Ekiti, the Ekiti capital in droves, purportedly staying back to ensure the outcome of the exercise favours their party. The desperation by PDP to win at all cost played out on Thursday when three Governors – Rotimi Amechi (Rivers), Adams Oshiomole (Edo) and Rabiu Kwakwaso were either disallowed by the Military and security operatives to take off from their states or stopped from gaining entrance into Ado-Ekiti for the grand rally of Governor Kayode Fayemi’s grand rally.

Historically, propaganda with wired media hypes have been deployed by the opposition to scare and deceive the public hence, creating impression of winning elections. Examples were re-elections of Governors Oshiomole and Olusegun Mimiko of Ondo state few years back. Both won their re-elections with good margins despite deceits and desperation of the oppositions. The PDD is currently engaging itself and the small south-Western state in somewhat ‘auto-pilot’ ride, just like others have done in the past.

So on Saturday, June 21, when the “Ekiti Ketes” troop out to elect the new Governor, would the result turn out to be like similar in the history or there will be surprise? No one should be in haste to preempt. The Ekiti, Nigeria and the world will witness how things play out this weekend.