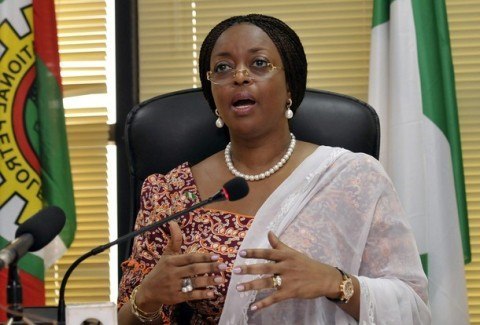 (AFRICAN EXAMINER) – A Federal High Court sitting in Lagos Thursday fixed October 2, 2018 for ruling on the objection to the hearing of a motion seeking to quash the N450 million money laundering charge against Mr. Dele Belgore SAN.

Belgore was arraigned along with a former Ministers of National Planning, Prof. Abubakar Suleiman; Petroleum Resources, Diezani Allison-Madueke who is now ‘’at large’’, before Justice Mohammed Aikawa, on a five-count charge.

The Economic and Financial Crimes Commission (EFCC) had alleged that the defendants conspired to “directly take possession of the alleged N450 million which they reasonably ought to have known formed part of the proceeds of an unlawful act”.

The accused have pleaded not guilty to the charges.

At the last adjournment, the counsel to the first accused, Mr. Ebun Shofunde (SAN), had brought a motion before the court that a certificate of identification in the proof of evidence was altered.

He therefore prayed the court to quash the charge against the accused for what he called irregularity in the evidence.

Still, the EFCC prosecutor, Mr Rotimi Oyedepo, objected to the hearing of the motion, citing Section 396 of the Administration of Criminal Justice Act (ACJA).

He argued that even if the court was to hear the motion, the ruling of the motion should be made at the time of delivery of the judgment.

“Section 396 is not seeking to restrict the rights of the accused; it allows the accused to bring any objection and allows the court to determine it at the point of delivering judgment.

“Where the statute provides for a mode of doing a particular act that act must be done in line with that procedure,” Oyedepo contended.

Justice Aikawa in Thursday ruling fixed October 2, 2018 for ruling on the objection and for possible trial.

Earlier, Mr. Shofunde had moved a motion, urging the court to order the release of the Belgore’s passport to enable him to attend the graduation ceremony of his daughter in London fixed for July 4.

He said the defendant also wished to use the opportunity to visit his doctor in the UK for a medical checkup in the last week of August.

Mr. Oyedepo said he would not oppose the applications for the release of the passports.

Justice Aikawa therefore granted the motions and ordered that both passports be released to the accused persons on the condition that they returned to Nigeria on or before September 14, 2018.

He ordered that them to provide one surety each, for the purpose of the trips in the sum of N2 million each.

In addition, the judge held that the sureties must be resident in Lagos with reasonable means of income verified by the court.

The EFCC in the charge alleged that the defendants committed the offences on March 27, 2015.

The offences according the anti-graft body contravened the provisions of Section 1 (a), 16 (2) (b) and 18(a) of the Money Laundering (Prohibitions) (Amendment) Act, 2012./NAN