[OPINION] Of Elections and Judicial Pronouncements 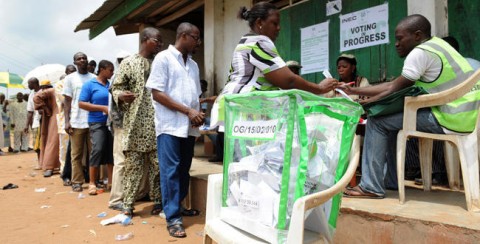 I have always been curious about judicial pronouncements in Nigeria. I have therefore been studying, investigating and asking non-Nigerian lawyers that I know, about law and politics in various countries. There is no country like Nigeria. We can cite several examples.

1. Obaseki versus Oshiomole will not happen in many countries. Political parties go through internal party machineries. There are well written disciplinary procedures followed by the party, and the party is always supreme. No need for court intervention. You are either a member of the party or you’re not. Members are always free to leave. In Nigeria there are court cases at every level, even at local government level. Suits and counter-suits. Rotimi Amaechi became governor without participating in the election. That is where our madness started. How can a court pronounce such judgement in the name of justice? I believe that is when they realised their powers are limitless.

2. It is unusual that court will declare any political party that didn’t have majority votes, winner in an election. The worst case is Zamfara State. It is unprecedented globally. You cannot replace one party with another party at all levels of governance. It is simply an abuse of powers. Our laws must stop such abuse.

3. Courts and Lawyers are the winners in all that is happening in Nigeria. Election is 50% and court pronouncements is 50%. Politicians know this and so they now keep special money for court proceedings. Big lawyers know this and so encourage all politicians to go to court. Between the big lawyer and the corrupt Judge there is strong connection. They both get rich at election times so the madness is perpetuated.

4. If our politicians were not greedy and selfish when amending the current electoral law preparatory to 2023 elections, they should insert a clause that makes it impossible for any candidate to win at the courts. They should just simply bar courts from declaring any candidate winner. Only our INEC should have that power. It does not matter how many times we conduct elections. It is not true that elections are expensive, because they do not have to be. The more elections we conduct the more perfect we become at handling the challenges. They still have election problems in the US 250 years after!

The election umpire and not the courts should count votes and declare winners. However, many politicians have benefited from this illegality over the years, and so, they will not do the right thing. The power of election victory in Nigeria is today located in the courts, not with voters. Majority of the clean judges will agree with me, but they are following the law. That would be their argument, and that is why some of the bizarre judgements are unanimous. Judges are just waiting for that power to be taken away from them. Once we have a law that says nobody can win at the courts, both corrupt judges and lawyers will be poorer. We would soon be asking them: “How market naa”?

Finally, there are many things to march on the streets for in Nigeria. This is one of them!