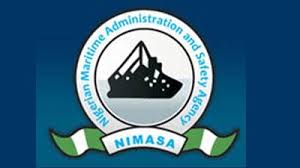 Presenting the items to the state government Thursday the NIMASA Director, Maritime Labor Services, Alhaji Ibrahim Jibril, said that the gesture was to alleviate the hardships of the IDPs.

Jibril said that NIMASA also used the opportunity to commiserate with the government and people of the state over the incident.

He added that the gesture would complement government’s efforts toward improving the living condition of the citizens.

Responding on behalf of the state government, the state Deputy Governor, Alhaji Mannir Yakubu, commended NIMASA for the gesture.

He recalled that the nine local government areas recently suffered attacks from bandits.

He however confirmed that some IDPs had started returning home following the success of the government’s efforts in fighting insurgency in the state.

He pointed out that they were now engaged in farming activities as means of their livelihood.