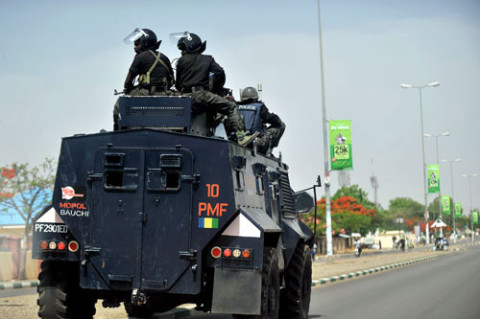 Recall that the country’s apex court on Tuesday gave the ruling against Mr Ihedioha of the People’s Democratic Party (PDP).

The court directed the immediate swearing in of the All Progressives Congress (APC) candidate Hope Uzodinma as winner of the seat.

Reports say there were free human and vehicular movements as security agents can be seen on some major streets of Owerri and environs.

Meanwhile, Former Imo Gov. Rochas Okorocha has congratulated Sen. Hope Uzodinma of the All Progressives Congress (APC) over the Supreme Court ruling declaring him the winner of the 2019 governorship election in Imo.

Okorocha, who is representing Imo West Senatorial zone at the National Assembly, said he would support Uzodinma’s government to succeed in Imo.

Okorocha, who disclosed this through a statement issued by his media aide, Mr Sam Onwuemeodo, said the judgment represented the choice of Imo people.

“I want to congratulate Hope Uzodinma for his victory at the Supreme Court and we will all work together to ensuring that his government succeeds.

“This is an indication of a new hope in Imo, everybody must remain calm and watch Uzodinma unfolds what he has for Imo.” Okorocha said.