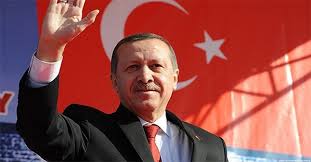 (AFRICAN EXAMINER) – Turkey on Tuesday announced nationwide restrictions on supermarkets and public transport to contain the spread of the coronavirus as the death toll rose to 37.

The Interior Ministry said that supermarkets and grocery stores will only be opened between 9 am (0600 GMT) and 9 p.m, and that there will be limits in the number of customers allowed inside, depending on the size of the store.

“Intra and intercity public transportation in all 81 provinces will only be allowed to be half full,’’ the ministry said, to avoid close contact.

Health Minister Fahrettin Koca raised the death toll to 37 and announced a total of 1,529 confirmed cases from the highly contagious virus.

Turkey, a country of 83 million, has so far not revealed the locations of the deaths or illnesses, after announcing its first positive test on March 11.

The authorities have already shut down most public spaces, schools and universities and suspended congregational prayers at mosques.