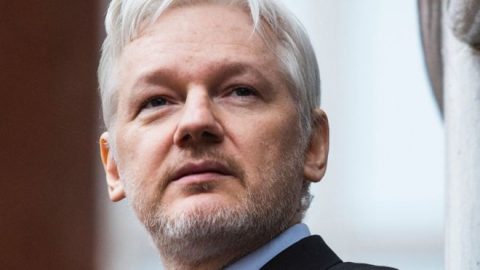 (AFRICAN EXAMINER) – Wikileaks co-founder Julian Assange has reportedly revealed the names of sources who subsequently “disappeared” after putting them at risk.

A lawyer for the US government made the claim at Woolwich Crown Court, in London, on the opening day of Mr. Assange’s extradition hearing.

The court was allegedly told that the Australian, 48, was guilty of “straightforward” criminality for hacking into and publishing US military databases.

He is said to have submitted that it was politically motivated.

Mr. Assange’s lawyers say he could face up to 175 years in prison in the US if found guilty for one of the world’s biggest data breaches, but James Lewis prosecution Counsel, for the US, described jail term as “hyperbole”.

Mr. Lewis told the court that Assange was not facing 18 charges for publishing “embarrassing” information, the US would rather was not disclosed.

He said the majority of the charges related to “straightforward criminal” activity, which he described as a “conspiracy to steal from and hack into” the department of defence computer system along with former US army intelligence analyst Chelsea Manning.

“These are ordinary criminal charges and any person, journalist or source who hacks or attempts to gain unauthorized access to a secure system or aids and abets others to do so is guilty of computer misuse,”

“Reporting or journalism is not an excuse for criminal activities or a licence to break ordinary criminal laws’’ Mr. Lewis argued.

He said the dissemination of specific classified documents unpredacted put dissidents in Afghanistan and Iraq at “risk of serious harm, torture or even death”.

The US identified hundreds of “at risk and potentially at risk people” around the world, he said, and made efforts to warn them.

“The US is aware of sources, whose redacted names and other identifying information was contained in classified documents published by Wikileaks, who subsequently disappeared, although the US can’t prove at this point that their disappearance was the result of being ousted by Wikileaks.“