20 Illegal Migrants Perish As Their Boat Sinks Off Tunisian Coast 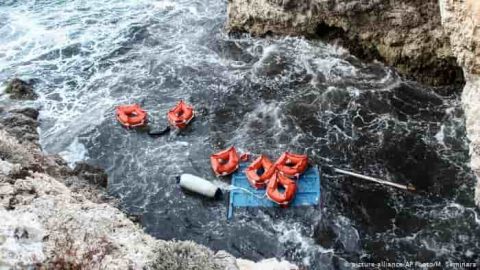 (AFRICAN EXAMINER) – The Tunisian Coast Guard on Thursday recovered 20 bodies of illegal migrants whose boat capsized off Sfax port in central Tunisia, according to a Ministry of Defence spokesman.

He said that five migrants were rescued by National Guard units assisted by fishing boats that were on the scene.

Contacted by PANA, the National Guard spokesman said that all the migrants were sub-Saharan nationals who were heading to the Italian coast, close to Tunisia.

Ali Ayari blamed the shipwreck on the outdated and overloaded boat on which there were between 40 and 50 migrants, in addition to the bad weather conditions marked by a strong wind.

He indicated that teams of the National Navy and the Civil Protection are currently combing the area in search of other bodies or possible survivors.

Tunisian authorities said they have aborted several attempts at illegal migration that have increased in recent times, especially from the coast of Sfax, near the Italian island of Lampedusa. (