2015 Presidential Election Outcome: A Threat to Nigeria’s Unity in Diversity 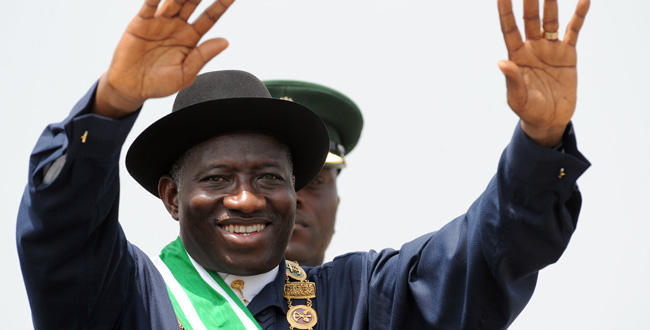 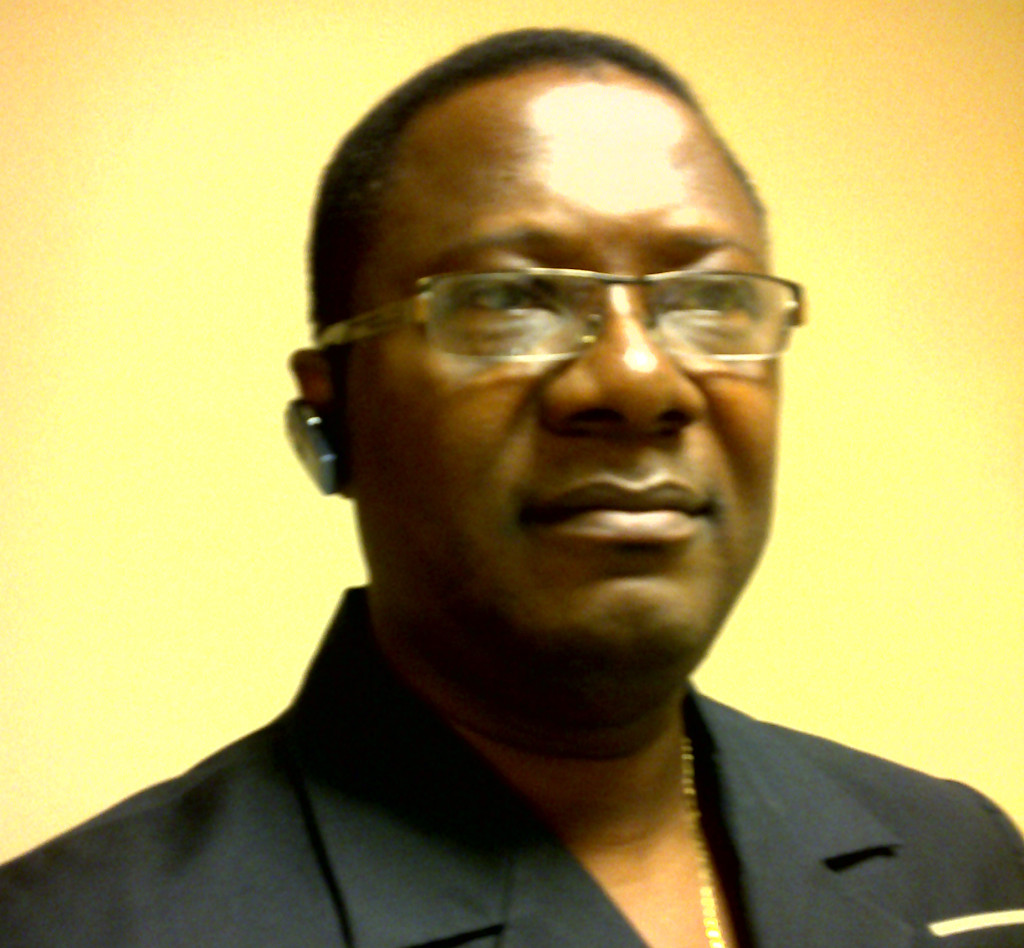 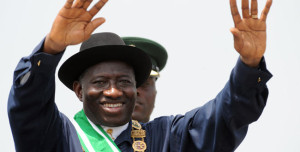 Our democracy is being tested. It consistently undergoes constructions, deconstructions and reconstructions. In the process, ideas battles with ideals, constructions feuds with confusion and opinions confronts ideology. Though the process is intriguing, its outcomes are short of the peoples’ expectations. Never-the-less, its progress could be surmise to be the necessary recipe for transitional democracy.

Democracy, considered as a transaction between the rulers and the ruled. Plato called it “social contract”, that is the state exists only to serve the will of the people, and it is the source of all political power enjoyed by the people. Therefore, the people can choose to give or withhold this power.

Thomas Hobbes – English philosopher amplified Plato when he said that the people mutually agreed to create a state, only giving it enough power to provide protection of their well-being; and once the power was given to the state, the people then relinquished any right to that power. In effect, that would be the price of the protection they sought. In a checkmate submission to this postulation, Jean Jacques Rousseau argued that revolution was not just a right but an obligation if the state abused their given power.

If Nigerian democracy is periscope under the political philosophy espoused by the above trio, it is obvious that, it has failed. This however does not imply that it cannot be corrected.  When the age of our enduring democracy is considered, the misfits could be tolerated but definitely not condone. The people’s power, given to the ruler has been misrepresented. The people’s expectations of sovereign protection and improved wellness through good governance have been abated.  Our model of democracy promotes inequality and hopelessness. Therefore, it justified the need for political revolution as advocated by Rousseau.

Nation’s political power is controlled by the ruling party or sometimes within political alliances.  It is the tool required to execute the party’s programs, and good governance.

Once again the extent to which Nigerian government has consistently damaged the democratic values is incontrovertible. Political party is peopled by individuals who have no business doing the state work.  They are bunch of rogues and charlatans who are bent on actualizing anti people’s agenda with the instrument of the state. To them democracy is an enterprise, and making money of it is normal and an accepted corollary.

One thing Nigerian politicians are skillful at doing is stealing from the treasury and scheming to perpetuate themselves in office. They are careless and would go extra mile to achieve this political greed even if it entails shedding the innocent blood. The interests of the people are always in jeopardy.  Political alliances are formed to foster and to perpetrate selfish political goal; strategizing on how best to further plunder the national resources and treasury. This has been the color of Nigeria democracy from the first republic.

The NNA comprised the NPC, the Western-based Nigerian National Democratic Party, and opposition parties representing ethnic minorities in the Eastern and Mid-Western regions. The UPGA included the NCNC, the Action Group, the Northern Elements Progressive Union (the main opposition party in the Northern Region), and the United Middle Belt Congress (a non-Muslim party strongly opposed to the NPC). Northerners feared Ibo domination of the federal government and sought support from the Yoruba, while the UPGA accused the Muslim Northerners of anti-Southern, anti-democratic, and anti-Christian attitudes.

The election results, announced on 6 January 1965, gave a large majority to the NNA (198 of 267 constituencies). Before the balloting began, the UPGA charged that unconstitutional practices were taking place and announced that it would boycott the elections, in which only 4 million of the 15 million eligible voters actually cast ballots. On 4 January 1965, President Azikiwe called on Prime Minister Balewa to form a new government. In the supplementary elections held on 18 March 1965, the UPGA won all 51 seats in the Eastern Region and 3 seats in Lagos. This was followed by announcement of an enlarged and reorganized cabinet on 31 March. Ten months later the Balewa government was overthrown, the military assumed power, and on 24 May 1966 all political parties were banned.

When legal political activity resumed in 1978, five parties emerged: the National Party of Nigeria (NPN), representing chiefly the North and an educated, wealthy elite; the Nigerian People’s Party (NPP), strong among the Ibos and slightly to the left of the NPN; the Unity Party of Nigeria (UPN), Yoruba-led and Socialist-oriented; the People’s Redemption Party, advocating radical social change; and the Great Nigeria People’s Party, espousing welfare capitalism. Shagari, the NPN presidential candidate, received the most votes (33.9%) in the 11 August 1979 presidential election, with Obafemi Awolowo of the UPN a close second (29.2%). NPN did not have the votes needed to pass its bills in the National Assembly; hence it forged an alliance with NPP (political bride). This Alliance did not last, because party members used it to advance their personal interest.

The serious political and economic crisis that the country faced had by 1983 greatly delegitimized the NPN federal government. In the face of widespread op­position, the regime resulted to the use of coercion and various forms of manipulation to remain in power. The 1983 elections were therefore conducted under a very charged atmosphere. The attempt of the opposition par­ties to form an alliance, the Progressive Parties Alliance (PPA) was not very successful. Though there was clear evidence of rigging of the elections by all the political parties, the NPN used its control of state power and in­stitutions to manipulate the outcome of the elections that virtually turned the country into a one party state. Wide­spread frustration with this “electoral coup” resulted in massive violence in parts of the country, especially in Ondo and Oyo states. The increasing use of coercion by the NPN to keep itself in power created the conditions that led to the military coup of December 31, 1983, which brought the Second Republic to an end.

The third republic did not record any serious political alliance because the People’s Democratic Party (PDP) was able to win majority of the seats in the National Assembly. But as soon as the PDP began to strategize on how to perpetrate itself in government through different means including constitutional amendments, other existing political parties began to see the necessity of coming together as a formidable political coalition.

The coalition known as All Progressive Congress (APC) was made up of   ACN, led by the former Lagos State governor –Tinubu, the Congress for Progressive Change (CPC), headed by former military ruler Buhari, as well as the All Nigeria People’s Party (ANPP) and All Progressive Grand Alliance (APGA).

The newness and the nature of this coalition is not as important as what it has to offer to Nigerians in this new dispensation.  The political actors in the coalition are the same set of political profiteers who plagued the nation with the on-going socio-economic disaster and hopelessness.

PDP is a party of liars.  APC is a party that tells half-truth. Both of them are dangerous. Their manifestoes are not in touch with the aspirations of the Nigerian people. They are parties without ideology, and peopled by despicable individuals who are tested and experienced in the art of treasury looting.

President Jonathan for example was reported during the 2011presidential campaign to have said that if he is unable to restore stable energy (electricity) in his first four years in office, he will not be able to do it thereafter. The nation is at count-down to GoodLuck’s first six years in office, and “mamapotamous” husband has done nothing transformational either in the energy sector or other facet of the economy.  Instead of Mr. President to focus and fulfill his election promise of transformational agenda, he has started scheming for second half term through his allied of professional politicians.

It is JGL’s plan to bulldoze himself back into office, but Nigerians have the right, and will demand for proof of achievements of his six years of stewardship.  The message must be send to the president and his lieutenants  in PDP that they can fool some people some of the time but they cannot fool all of the people all of the time.

For now, it is not clear who the presidential flag bearer of APC will be. If presidential ambition of different political lords and patriarchs in APC did not plug it into internal crisis, and if Muhammad Buhari eventually picked the presidential ticket as being schemed, PDP will bury their differences in hurry, and present a united front to ensure that the erstwhile high-handed general did not become the president of Nigeria.  They know that Buhari’s presidency will hold them accountable for their actions and inactions while in or around office. In order to avoid this checkmate and scrutiny, PDP will attempt to control all electoral machineries and possibly replace the INNEC chairman – Prof.  Jega whose approval of APC is unwelcome by the PDP, and seen as additional stumbling block to achieving their mischiefs.

If Buhari on the other hand win the election, he will not allow his victory to be hijacked like Bashorun Abiola’s “Hope 92”. He will fight back. His fight will likely shift the Northern political paradigm. Those of them who are in PDP and have been advocating for a shift of power back to the North will betray President Jonathan and shift their allegiance to Buhari in the spirit of Arewa. Ethnic political joker will surface. This will create political mess of colossal magnitude; and its consequence will shake Nigeria to its foundation.

In spite of this possibility, neither PDP nor APC have the socio-economic and political solutions that are required to change the status-quo. The prevailing situations in both party is a pointer to the fact that Nigeria is sitting on the keg of gun powder and only divine intervention can prevent its explosion and disintegration.

Dr. Tunde Ali is the President  of Citizens for Good Government & Accountability – (CIGGAC).