By: Prof. Ipinyomi R. A., University of Ilorin

The African society, in which Nigeria is a typical example, is generally regarded as having three pillars namely its indigenous African culture, Arabic culture and Western society. These cultures are treasured by different sections of the African society differently. Nevertheless, the Western society seems most dominant and suppressing the two other minds in the secular African life. These minds and thoughts may be confused immediately with African religion, Christianity and Islamic religion respectively. The essence is that African society as a world could not be built on human reason alone. It has to evolve with a divine concept. 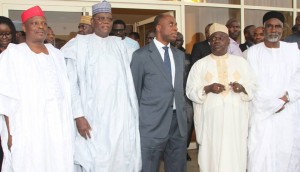 Hence a clash of culture can be generated amongst these thoughts. Nevertheless understanding Africans and their prevailing circumstances, especially the simplicity of their lives, would be paramount in any attempt to advance their society and our attempt to explain their behaviours in marriage, economics and politics. This idea should not annoy or stand as an offence to other cultures; the Africans also require to give nobody that may be annoyed any apology. That is why we appreciate the wisdom in the individual inherent cultural backgrounds as starting points for the societies respectively. Each society has a set of right norms and another set of norms it may consider wrong until the Western and Arabic cultures came to interfere backed with different theological texts. What is right in the eye of an African culture may be wrong in the Bible or Quran teaching for example. The culture adopted must be obeyed to the letter, if it was to mean something to us.

A healthy society is a balanced one that recognizes that which is beyond the human mind and whose soil nurtures human accomplishment but whose bedrock is the ethical standard that is time or space independent. We therefore expect Nigerian politicians to grow up and stop over hitting the social politic. They should attempt henceforth to evolve healthy political systems that others would emulate in functions and practice. Playing always to the gallery as if we are an island or we are too big to fail could be catastrophic on the individuals, the image of the entire country and the fragile political arrangement that is still in the nursery stage.

Unfortunately enshrining ethical standards or enduring value systems are not aspirations in the front burners in Nigeria political system currently but just any realignment. The People Democratic Party, PDP, is getting realigned by shedding a few of its bedfellows to another new party APC. For many of us, there is no significant ideological difference between APC and PDP but just sets of personalities in Nigeria. Therefore the clash that often produces party members “leaving one party for another at will” without correspondingly losing their respective elective position is wrong politics. There should be a corresponding loss of the appointment or elective position for a politician wishing to leave one party for another. He or she may seek a re-election to the same position by using the platform of the new party. This clash of ethics where a tenant can leave carrying with him the room he has rented makes the whole show a laughingstock.

Our legislative system has been too slow, less focus on passing bills on economic development or people friendly bills, or bills on political development and discipline. A country like Nigeria that had waited a long while to get back on democracy ought to have valued the system by preserving it with open and good governance by growing and raising its leaders from ethical standards. We cannot afford anything goes or business as usual. For example we once had a Vice President in this Fourth Republic who left the party that made him it Vice President for eight years for another party, then came back and may be going away. Our intelligence though limited won’t allow a scenario of that type. Even when we rely on our faith “that Nigeria will survive” our laws should not be too loose on our rulers. We should be very hard on them through the law and they cannot make laws for themselves; an independent system ought to do that.

The other clashes, like administrative convoy clashing with academic buses on the highway, regional demands leading to seeking more autonomy by confederating, religious sentimentality that started globally since the early 1970s and now producing pockets of resistant groups like al-Qaeda and the like, all these are results of weak or absent administration. Live was much better off in the 1960s than today in terms of security, job availability, standard of the then politicians, education pursuits, and so on. We have armies of armed robbers both in the offices and on every street, ineptness in public and private enterprises.

The other paradox is another confusing where a Nigerian was alleged to have murdered a British citizen on the street of London and the entire world media got glued to that for many days whereas another Nigerian (TB Joshua) went to serve many British and several other nationals with one problem or the others in London and in Midlands but no single media house has mentioned the event. The world is not ready for good news but the bad. This is another classical clash of the mind. This is where our intellect is actually inadequate because it cannot explain why bad news should interest the entire world.

We all know the power of darkness which is in the news every day. However the power of light is a thousand times over the power of darkness that the world delights in. A busy person stopping to do an act kindness, a small child reaching up to kiss the mezuzah on the door of her room, a little help rendered to the Philippines being swept away by powerful typhoons, a kind word to one contemplating a suicide, each of these are as bursts of light in the night-time sky. Our secret little kindnesses may rarely appear in the daily news but the darkness of yesterday’s news will pass as the shadows of clouds on a windy day. Light endures forever, accumulating with every flash, until no room is left for darkness to hide. Therefore, the real news is the good news that indicates “where we ought to be” and not the bad news telling the “what we never have to do” that has become the main news. This also is a major clash of the mind.

Hence Nigerians should be concerned that we are not getting the system right after 53 years of independence we are still faced with ordinary party formation. There is no guide on how to move from one party to another and the consequences of such movements. In this way we allow the system to be controlled by individual instincts and their personal voracities. Meanwhile we would recall that some groups were AD, ANPP, and PDP from 1999 who became bedfellows in PDP of today. The same sets of people keep making different motions without any significant movement on ground. Nigeria is in urgent need of a set of apolitical elder statesmen and women to direct and guide the straying ship. All of us should play that role.

1 Comment for “A Clash of Two Former Political Bedfellows”