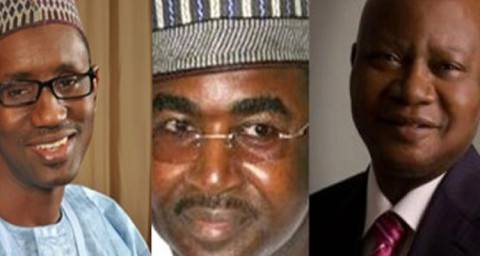 At last, the National Working Committee members of the ruling People’s Democratic Party (PDP) have endorsed waivers for the former EFCC Chairman, Mallam Nuhu Ribadu and two other aspirants, to contest in PDP primaries ahead of the coming Adamawa gubernatorial bye election.

The announcement was made Friday by the ruling party National Publicity Secretary, Olisa Metuh during a press conference in FCT, Abuja.

Ribadu, Marwa and Gundiri, Metuh stated would slog it out with 14 other aspirants during the primary.

Ribadu’s waiver application has been subjected to serious debate since the beginning of the week.

Ijaw leader and PDP Chieftain, Edwin Clark warned on Thursday at a press briefing in Abuja against given him waivers on account of trust even as some other PDP governorship aspirants petitioned the PDP NWC kicking against the waiver application.