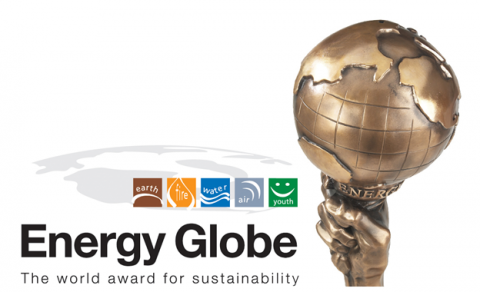 (AFRICAN EXAMINER) – A leading Atlanta based cultural center, African Heritage Foundation, has been nominated for the prestigious 2019/2020 Energy Globe Award.

African Heritage Center was recognized for its sustainable projects which include:  CELEBRATE AFRICA JOURNEY THROUGH THE AGES; BRIDGING THE GAP AND BUILDING THE BRIDGE; AFRICA MATTERS, AFRICA IS THE FUTURE; AND BRAIN DRAIN TO BRAIN GAIN.

With over 187 participating countries, the Energy Globe Award is one of the most prestigious environmental awards. It is awarded annually to projects that focus on energy efficiency, renewable energies, and the conservation of resources.

The awards are presented in recipients’ countries in cooperation with international offices of the Austrian Chamber of Commerce.

Chief Tunde Adetunji, a visionary, an idealist, a realist, and a prince is a prince from Lagos, Nigeria. He is the, CEO/founder of the Africa Heritage Foundation, Africa World Museum & Center, Africa Day in Atlanta, Africa Radio and Television network and Africa/Atlanta project.

He is an expert and a consultant on Africa Affairs, a renowned presenter, an author, a master communicator, a motivational speaker and a researcher. He travels to universities all over United States and abroad promoting the theme “Africa Matters and Africa is the Future” and “Bridging the Gap and Building the Bridge between Africa and the Diaspora.” And “Turning brain drain into brain gain.“

His versatility and expertise, as art historian, curator, anthropology, journalist and lecturer has made him a foremost dignitary on Africa and the African Diaspora.

Energy Globe Founder Wolfgang Neumann believes in safeguarding the future of the planet and the right of future generations everywhere to live healthy and fulfilling lives should be a human right for everyone.

The International ENERGY GLOBE Awards/World Awards for Sustainability are meant to raise awareness on energey issue, to showcase best practice solutions from a variety of countries, to motivate people to contribute their share and to convince governments to provide the necessary framework.

The international Energy Globe Award distinguishes the best projects in the five categories earth, fire, water, air and youth. 10,000 Euro will be divided equally among the categories.

The Awards are presented annually in the realm of a festive ceremony. The 3 nominees in each category are invited and the winners are announced at the ceremony.

Since 1999 such ceremonies took place in countries like Japan, Canada, the Czech Republic, Rwanda, etc.

In 2007 and 2008 the European Parliament in Brussels for the first time in its history was the stage for the awards ceremony.

Over 6,000 projects were submitted since 1999 ranging from high-tech to simple but highly efficient sustainable solutions.