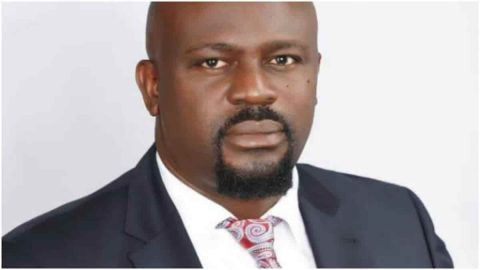 African Examiner gathered that the late Nsukka council boss, who was sworn-in by the state governor, Ifeanyi Ugwuanyi, for a second term in office in March 2020, died during a brief illness in a private hospital in Enugu, the state capital.

Recall that Omeje faced stiff opposition during the build up to the local government election that brought him into office for a second term early this year.

As at the time of filing this report neither his family or state government have made any official statement regarding  the unfortunate development.

Though details of his death are still sketchy, a source close to the council Area who craved anonymity said the late Executive chairman, who recently celebrated his first 100 days in office last week, may have died as a result of complications from a chronic terminal ailment.

Omeje’s remain was on Tuesday afternoon moved from the Enugu private hospital where he died to the Nsukka Catholic Diocese owned  Bishop Shanaham hospital morgue.