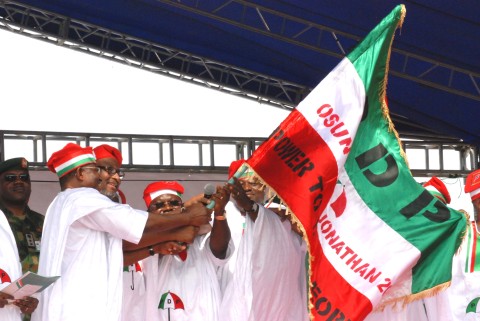 The Peoples Democratic Party (PDP) has said its candidate in the August 9 Osun governorship election, Senator Iyiola Omisore, is already coasting to victory citing his massive acceptance by the voting population, wide-spread political structure, and a track-record of abiding affinity and loyalty to Osun people as factors. 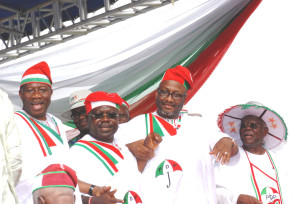 The PDP’s National Publicity Secretary, Olisa Metuh in a statement on Sunday said the fact that the PDP allowed a free and fair primary which threw up the people’s choice as candidate also gave it an early mileage ahead of the APC as was the case in Ekiti State.

Basking in the euphoria of a successful grand rally in Osogbo, the Osun State capital on Saturday, the PDP said: “we have a very popular and hard-working candidate with very strong bond with the people of Osun State; a candidate with the most extensive political structure in all the nooks and crannies of the state with an unrivaled track-record of loyalty to the people who have now queued behind him ahead of August 9.

“Nigerians are witness to the fact that based on his popularity, Omisore would have become governor in 1999 and 2003 respectively but sacrificed his personal ambition to accept the position of deputy governor out of humility and commitment to the stability of the state. On these two occasions, he obeyed his people and made reference to God’s appointed time.

“With the prevailing reality on ground in Osun state, it is clear that the humility and statesmanship displayed by Omisore in the last 16 years have paid off as the people themselves have at last settled for him,” the PDP said.

Stating that its too late for the APC to catch up, the PDP said while the APC neglected the people and devoted its time and energy on chasing shadows using media propaganda and bogus opinion polls, the PDP candidate used his existing structures to vigorously engage in all-inclusive campaign with very strong message which resulted in the current overwhelming followership in Osun state.

The PDP thanked the people of Osun State for their “iron-cast support and solidarity” and urged them not to relent but push through their resolve to entrench an accountable and people-oriented government by coming out enmasse to vote for Senator Omisore.

It also charged the people to remain calm and vigilant and ensure that no room is created for the APC which it said had plotted to disrupt the polls in the face of defeat.

“Nigerians know the APC for who they are. Instead of campaigning, they have been busy trying to overheat the system, using lies, blackmail and threats with plots to disrupt the exercise having realized that their time is up.

“However, as a party committed to peace, unity and welfare of the people, we charge our supporters to remain calm as the people end bad governance in Osun state through a free, fair and credible election,” the PDP said.