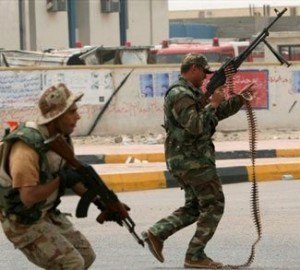 United States President, Barack Obama has requested the country’s Congress to approve $500m to train and equip vetted Syrian rebels. The latest move has been described as the US significant escalation and involvement in the over three years old conflict.

Following several signals in recent weeks in the war turned country, the White House said it intends to “ramp up US support to moderate Syrian opposition”.

It therefore proposed funding for “vetted elements of the Syrian armed opposition to help defend the Syrian people, stabilize areas under opposition control, facilitate the provision of essential services, counter terrorist threats and promote conditions for a negotiated settlement”.

US defence Secretary, Chuck Hagel, according to Reuters news agency asked staff to develop more detailed plans to train and equip the rebels.

The funds would allow the US military to “train and equip appropriately vetted elements of the moderate Syrian armed opposition,” confirmed, John Kirby, a Pentagon spokesman.

Speaking in the same vein, the National Security Council’s spokeswoman, Caitlin Hayden said the funding “would build on the administration’s long-standing efforts to empower the moderate Syrian opposition”.

a secret military training programme in neighbouring Jordan for the ‘moderate’ opposition. Similarly, she disclosed the $500m in aid was part of a proposed $1.5bn “regional stabilization initiative” to bolster Syrian neighbours – Jordan, Lebanon, Turkey and Iraq and communities hosting refugees.

Hayden said US officials “believe that there is no military solution to this crisis and that the US should not put her troops into combat.”

However, she emphasized that the request for the rebels would help Syrians “push back against the growing number of extremists like ISIL, who find safe-haven in the chaos, and take their future into their own hands by enhancing security and stability at local levels.”