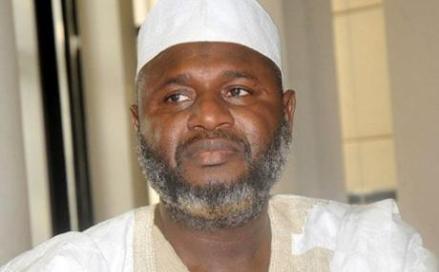 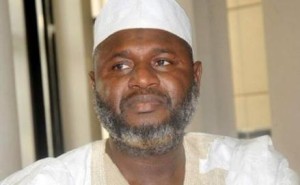 Ahmed Sani Yerima, the former Governor of Zamfara state is indeed
a man who derives joy in controversy. He has lived most of his
active political years pursuing trivial agenda laced with religious
sentiments. His hypocritical nature is seen in the way and manner
he personalised the issue of Sharia and currently the issue of under-
age marriage. His position on these issues has shown that he is a
delusional human being who will always hide under the cover of
religion to advance his egocentric agenda.

He has become a sort of demagogue who in trying to justify his
divisive decisions must not only misinterpret the Holy Quran but also
put logic on its head all in the name of covering up his moral
bankruptcy.

In retrospect, Ahmed Sani Yerima was the first Nigerian Governor to
implement Sharia law in his state, which came into effect on 27
January 2000. Even though the introduction of Sharia in his State
was greeted with mixed reactions, he was able to garner the support
of Muslim majority in the State. Unfortunately, the introduction of
Sharia law in Zamfara state under Yarima did not achieve much
because it was not followed to the latter. The burden of Sharia law
was felt majorly by the downtrodden masses while the political class
became the sacred cows.

Ordinarily, one would have expected Ahmed Sani Yarima, a
proponent of Sharia law to be above board and be an embodiment
of morals but unfortunately his true nature became manifested when
he was indicted by the Economic and Financial Crimes Commission
(EFCC) for corrupt related issues.

Even as a lawmaker, controversy continued to trail his career.
Yarima was accused of marrying an underage girl from Egypt and
was investigated for having violated Nigeria’s Child Rights Act of
2003.

However, under Article 61 Second Schedule of the Nigerian
Constitution, the Nigerian Government has no power to legislate on
marriages under Islamic law and customary law including
matrimonial causes relating thereto. Based on that Article 61,
Senator Yarima had no legal case to answer and the investigation
was dropped. In his usual deceptive stance, he maintained that he
had not violated Sharia and that Prophet Muhammad did marry a
young girl as well. But what he failed to explain was how and why
Prophet Muhammad married an underage! History has it that
Prophet Muhammad never had the intention of marrying Aisha who
was then an underage.

Yarima was alleged to have paid $100,000 dowry to the child’s
parents before they gave their consent for the marriage to be
consummated.

The truth about this is that the lawmaker could be said to have
induced the family of the under-age monetarily before they agreed.
The question Yarima should answer is whether the Holy Prophet
bought Aisha’s family with money?

History has it that after 25 years of a monogamous relationship with
Muhammad’s first wife Khadijah bint Khuwaylid, Prophet Muhammad
partook in 10 years of polygyny, marrying nine wives. Prophet
Muhammad’s nine marriages were depicted purely as political
unions rather than sexual unions. In particular, Muhammad’s unions
with Aisha and Hafsah associated him with two of the most
significant leaders of the early Muslim community, Aisha’s and
Hafsah’s fathers, Abu Bakr and Umar ibn al-Khatt. Now we expect
Yarima and his fellow partners in pedophilia to come out and tell the
whole world their own genuine reasons other than their insatiable
appetite for sex.

Senator Ahmed Sanni Yarima’s case perhaps requires great
medical attention because he is most likely suffering from
psychiatric disorder. The reason for this is based on medical
diagnosis which states that, pedophilia is a psychiatric disorder that
is typically characterized by a primary or exclusive sexual interest
toward prepubescent children (generally age 11 years or younger.

The International Classification of Diseases (ICD) defines pedophilia
as a “disorder of adult personality and behaviour” in which there is a
sexual preference for children of pre-pubertal or early pubertal age.
Religious bigots like Ahmed Sanni Yarima belong to the class of
pseudo-scholars who in trying to justify their moral bankruptcy must
hide under the cover of religion. They are buffoons who misinterpret
the Holy Quran and Sunnah of the Holy Prophet Muhammad to
validate their idiosyncratic deficiencies.

Islam as a religion lends credence to the issue of education. That is
why it is imperative for every Muslim to acquire both Islamic and
western education. The Holy Quran further posits that to seek
knowledge is a sacred duty; it is obligatory on every Muslim-male
and female. That is why the first world revealed of the Holy Quran
was “Iqra”, meaning read! Seek knowledge, educate yourselves! Be
educated.

Unrepentant sex perverts like Ahmed Sanni Yarima and his fellow
comrades in pedophilia should be seen from the angle of delusional
hypocrites whose mission to portray Islam in bad light must be
condemned.  For the first time in our democratic experimentation, I
saw the seriousness that came with the passage of under-age
marriage but why is that we don’t often see such seriousness when
it comes to bills that support peaceful co-existence in the country?
Why is that we don’t see such pure attention when it comes to
passing bills that have impact on the lives of the masses?