Air France Crews Refuse to Board Flights to Nigeria, Others Over Ebola Scare 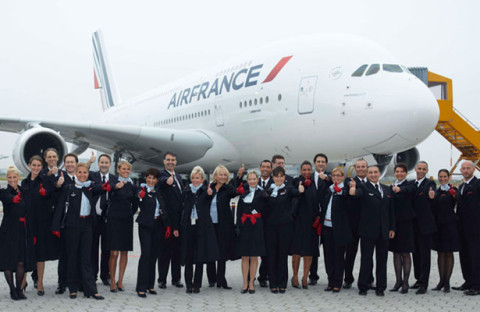 Some Air France flight crews are refusing to board planes bound for Nigeria, Guinea and Sierra Leone and over fears of the Ebola outbreak, the airline said Tuesday.

Cabin crew scheduled to work on some flights “have not wanted to carry out their assignment”, a spokesman for the company told AFP.

He refused to be drawn on numbers but said none of the flights destined for the region had ultimately been left short-staffed.

“In the end, all these flights left with the usual number of crew and with teams that had the usual level of qualifications, according to the regulations,” he said.

Air France serves more West Africa destinations than any other major carrier. It has given its staff freedom to chose whether or not they want to fly to Conakry, Freetown and Lagos after British Airways and Emirates suspended flights to the region.

Air France operates daily flights to Guinea and Nigeria and a service three times a week to Sierra Leone.

Ebola has killed 1,229 people so far this year in west Africa, the worst outbreak ever of the virus.

On Monday, one Air France union, SNGAF, launched a petition calling for the “immediate end to flights to countries hit by the Ebola virus”.

“We know that our jobs put us at risk, but they are measured risks. This is completely out of control and the information is not the same from one day to the next,” said Sophie Gorins, the secretary-general of the SNPNC, which represents cabin crew.

She said that hygiene measures implemented so far were “stop-gap” and that crew had “no idea if we are carrying a victim or if we ourselves are carriers of the virus”.

Flight crews for Air France can request to be withdrawn from a scheduled flight if they believe their health or life is in “grave and imminent danger”, with the team then usually replaced by a reserve team.

In 2009, as the world fought an outbreak of swine flu, some Air France crew refused to fly to Mexico.