ANALYSIS: Kogi; Did Professor Kucha Goof Or Under Pressure To Make His Declaration? 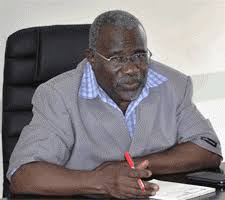 Perhaps for the first time, the Nigerian political and legal circles as well as the general public are embroiled in confusion of this magnitude and such nature. Almost a week after the shocking passage of the former ruling All Progressives Congress (APC) Kogi Governorship candidate, Prince Abubakar Audu, the politicians, legal Practitioners and the public up till the moment, are still differ with respect to the best way forward. Amidst this, the Independent National Electoral Commission (INEC) has allegedly, base on the advice of the Attorney General of the Federation (AGF), fixed the North central State supplementary election for Saturday 5, 2015.

Death is inevitability and it comes most of the time unexpected. Probably too, the Kogi people and the entire Nigeria would have been saved the ongoing legal and political uproar, if they were to contend only with the demise of the late grassroot politician. But this could not be, as the Saturday, November 21, Kogi Governorship poll INEC Presiding Officer, Professor Emmanuel Kucha, for only ‘God known’ reason (s) threw another big spanner in the process, when he shockingly announced in the evening of Sunday, November 22, 2015, that the election held in the 21 local Government areas of the State was inconclusive!

Given his esteemed position, as the Vice Chancellor of University of Agriculture, Makurdi, Professor Kucha would easily be excused to goof in understanding and applying simple texts of constitutional provisions. And now that sanity is gradually resuming into the country’s electoral system, it might be very extreme to assume and accuse someone of his (Professor Kucha’s) status, of ‘inducement’ – to bend the rule or manipulate the process to favour a particular interest.

Still, the declaration last Sunday in Lokoja, the Kogi State capital by the University don has provoked many fundamental questions and elicited worries, by the lawyers, public affairs commentators, politicians and other individuals.

This is expected in view of the reason adduced by the Returning Officer for his worrisome declaration. According to Professor Kucha, the exercise was inconclusive as the total number of votes canceled was in the excess of difference between the votes polled by late Audu and his first running mate as well as the sitting Governor of the State, Idris Wada. This position has been proved to be faulty and therefore countered.

Which arithmetic or logic the academia was actually adopting or deploying here? There were 91 polling units said to be affected and they have, by INEC record 50,000 registered voters. A simple analysis will unarguably establish that not all the registered voters would have collected their Permanent Voters Card (PVC) for various factors; that not all those who collected PVC came out on the Election Day for accreditation and even if they did, not all of them would eventually come out to vote.

Again, rightly or wrongly, the ruling APC has come up with an argument that the entire voters in contention was about 12,000 (the number collected PVC out of 50,000) on Voters’ register. Obviously, this number if at all, would all vote (not possible anyway) falls short of the difference between the vote garnered by Late Audu and the first runners up, Governor Wada! The margin between the two candidates, going by the yet be officially declared result was over 40,000. And this is beside the fact that the winning candidate has won overwhelmingly in 16 out of the 21 local Council areas of the State.

If these were to be the facts of the matter, why the inconclusive declaration by Professor Kucha? Simply put, if the last Saturday poll were to be conducted a thousand of time, the APC and its late candidate would have conveniently won. So simple a situation and very easy an event, one might conclude. Then I ask again, why a whole Professor and VC of a revered Citadel should fall into this avoidable error?