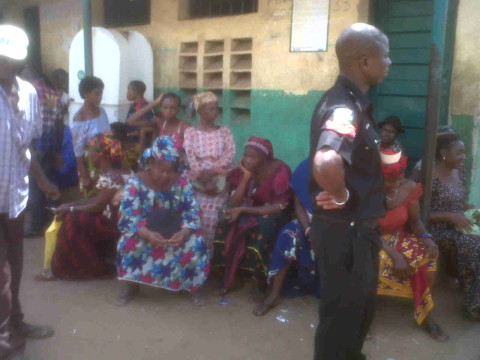 Accreditation of voters in today’s Anambra state governorship election has begun in parts of the state, amid low turnout of people.

The accreditation exercise scheduled by the Independent National Electoral Commission, INEC, to commence from 8 to 10am, could not start in most areas visited by African Examiner, due to late arrival of materials. 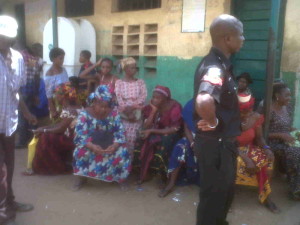 When our correspondent visited some polling units in Awka North local government area of the state, at exactly 9:30 am, a handful of voters were seen waiting to be accredited.

At Awka North council headquarters, Achalla, the INEC officer on duty who gave her name as Miss Ukamaka Nwosu, told our correspondent that all non-sensitive materials were distributed to various polling units yesterday, Friday 15th, 2013.

When African Examiner visited Iruete village square polling unit (1) also in Achalla community, it was the same story, as only very few people were present in the place.

The INEC presiding officer in charge of the unit, Mr. Felix Mozie, disclosed that a total of 219 voters were accredited in the unit, and expressed the hope that the electorate would still turn out for accreditation

However, there was a mild drama at the Iruete village square polling unit, as security operatives did not allow the All Progressive Congress, APC, agent from  coming into the centre for not possessing an identity card unlike agents of other political parties.

Efforts by our correspondent to get  reaction from the Anambra state INEC on the late  arrival of material complaints by some areas hit the rock, as its Public Relations Officer, PRO, Frank Egbo, did not take several calls put across to his mobile phone.