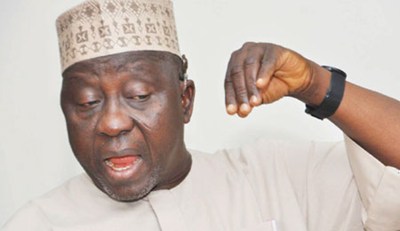 Apparently guiding against similar fate befalling him, the Nasarawa State Governor, Umaru Tanko Al-Makura who was served impeachment notice by the State House of Assembly on Monday has begun move to remain in office. 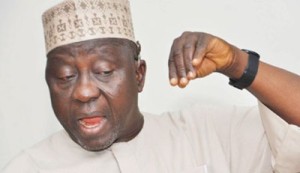 African Examiner Correspondent gathered that among the initiatives taken so far by the embattled governor was his trip to Abuja late yesterday, immediately after the impeachment of former Adamawa state Governor, Muritala Nyako and resignation of his deputy, Bala Ngilari to seek the support of President Goodluck Jonathan to prevail on members of the state assembly to stop the sack process.

Earlier, Al –Makura our Correspondent in Lafia, the state capital was gathered met with political appointees, top government and party’s officials to deliberate on the way forward and consider options to frustrate the impeachment process.

Similarly, some paramount traditional rulers in the state met on Tuesday and resolved to rally round the Governor who has not received copy of the impeachment notice according to the House’s clerk, Mr. Ego Maikeffi, at a press conference yesterday.

The monarch our Correspondent learnt are likely to join Governor Al – Makura in the Federal Capital Territory (FCT) today to perfect move to ensure the legislators discontinue the impeachment plot.

However, the House clerk indicated to the journalists that he has been directed by the Speaker, Ahmed Muhammed to serve the Governor the impeachment notice through the media today (Wednesday).

Governor Al-Makura impeachment process started on Monday when 20 out of 24 legislators signed in favour of the move.