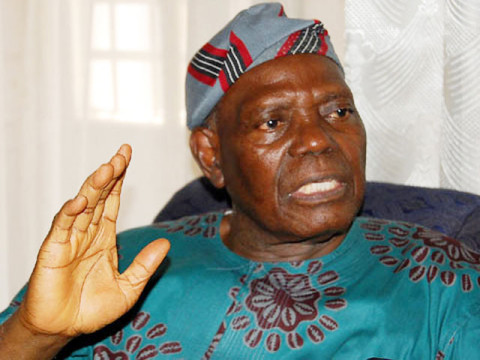 A bold, coherent, sincere and focused leadership as well as multifaceted and non-partisan approaches have been advocated as routes to douse tension and terminate raging security challenges in the country. 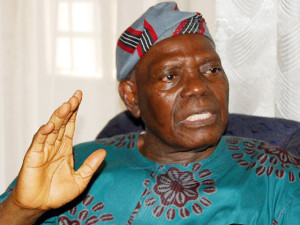 The interim National Chairman of All Progressive Congress (APC), Chief Bisi Akande handed down these solutions at a world press conference on the state of security in the country, last Sunday, in Lagos, South Western Nigeria.

The party which blamed Federal government for playing politics with Boko Haram insurgency and lack of rapid response to the abduction of over 200 school girls last month in Chibok, Borno State, declared that the present administration has been found sorely wanting in addressing the present security lapses, therefore stressed that no amount of “private ingenuity could resolve the crises, rather, more collective strategy and action were required.

APC which accused President Goodluck Jonathan-led administration for running the nation as if on “auto-pilot” said it must be acknowledged that the country has been brought low; now suffer more violence and destruction than many places that are formally at war.

Chief Akande lamented, “for too many, Nigeria has become not a place to live but a place to die” insisting that the evil equation must change, hence, the country to be free from her present security quagmire.

Providing non-violent resolution to end the insurgency, the party recommended a “Pursue and Align military” method, with political solutions, contending that Boko Haram was unlikely to be defeated militarily as most insurgencies are ended through some forms of negotiation.

APC therefore advised Federal government to develop a strategy in line with the former President Umaru MusaYar’Adua’s policy on MEND insurgency in the Niger Delta region, to the extent of using employment and other rehabilitative incentives to demystify the ranks and files of Boko Haram’s leadership.

In addition, the party reasoned that the Northern region was urgently in need of a counter-radicalization program to engage her many illiterate and unemployed youths.

Such strategy it recommended would require initiatives to counter violent extremist ideology and create positive incentives against radicalization, beyond the current focus on punitive measures – arrest, detention and killing, while attention should also be given to the youth representation on policy formulation.