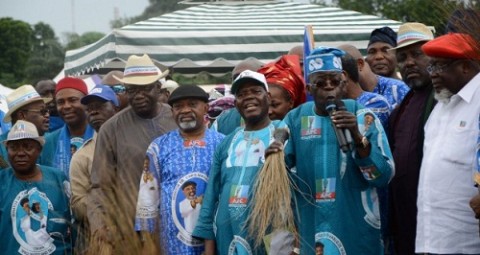 The All Progressives Congress (APC) has slammed the Independent National Electoral Commission (INEC) over its 22-hour no-movement order for Saturday’s Anambra State governorship poll, wondering why such an extended curfew should be imposed because of an isolated election. 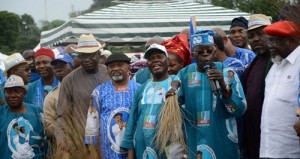 INEC had said that from 12 midnight on Friday to 10 pm on Saturday, movement would be restricted.

In a statement issued in Lagos on Wednesday by its Interim National Publicity Secretary, Alhaji Lai Mohammed, the party said even during general elections, people were allowed to move around freely from 4 pm on election day.

”In any case, Anambra does not have the kind of terrain or riverine communities that will justify waiting for hours for election results to be taken from polling units to the collation centre, hence there is no reason to turn Anambra into a ghost state just to hold a governorship election. We therefore call on INEC to reconsider this overstretched curfew if it has no underlying motive for declaring it in the first instance.

“After all, information at our disposal has it that some decent INEC officials have rejected being part of the Anambra election because they do not want to be tainted by the shenanigans of some of their unscrupulous colleagues who are colluding with do-or-die politicians for ‘thirty pieces of silver,” it said.

APC said with the creation of 1,973 extra polling units by INEC, out of the original 4,608 units, the election should even be faster as it would take voters less time to complete the accreditation and voting process.

Meanwhile, the party has warned security agents against harassing and intimidating voters on Saturday, as they did during the infamous Delta Central Senatorial District bye-election last month.

”We have it on good authority that troops, police and State Security Service (SSS) personnel are being mobilized to Anambra from Abuja and neighbouring states ostensibly to provide security during the election. But we know that this is a ploy to actually scare voters away from the polling units and provide cover for ballot box hijackers and those adept at vote tampering.

”But we will like to remind our security agents that they are first and foremost Nigerians, hence they should always work in the larger interest of the country. They should not turn themselves to the armed wing of the PDP or APGA. They should allow voters to freely and peacefully cast their votes without harassment or intimidation on Saturday,” it stated.