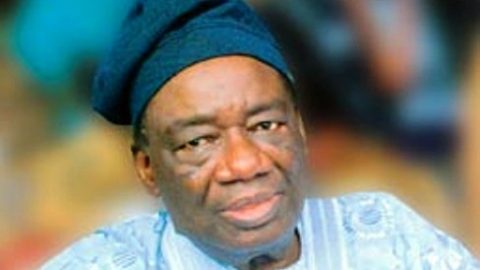 (AFRICAN EXAMINER) – Former Minister of Justice and Attorney-General of the Federation, Chief Richard Akinjide, is dead.

He was a Minister of Education in the First Republic and Minister for Justice in the Second Republic.

Chief Akinjide was a member of the Judicial Systems sub-committee of the Constitutional Drafting Committee of 1975-1977 and later joined the National Party of Nigeria in 1978.

He became the legal adviser for the party and was later appointed the Minister for Justice.