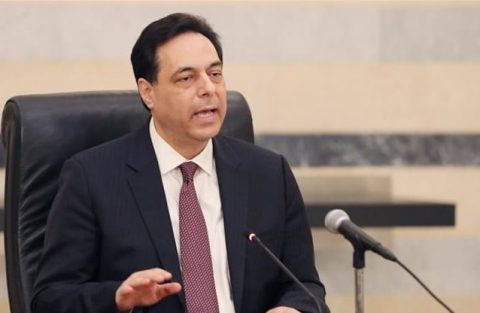 (AFRICAN EXAMINER) – Lebanon’s government has resigned amid mounting anger over the explosion on Tuesday that devastated parts of Beirut and left more than 200 people dead.

The announcement was made in a national TV address by Prime Minister Hassan Diab on Monday evening.

Many people have accused the country’s leaders of culpability through their alleged negligence and corruption.

Protesters have taken to the streets and clashed with police for a third straight day.

The massive blast was caused by the detonation of 2,750 tonnes of ammonium nitrate stored unsafely at the port for years.

President Michel Aoun has asked the government to stay on in a caretaker capacity until a new cabinet is formed.

Mr Diab, who was appointed prime minister in January after months of deadlock, said his government had “gone to great lengths to lay out a road map to save the country”.

But corruption in Lebanon was “bigger than the state” itself, and “a very thick and thorny wall separates us from change; a wall fortified by a class that is resorting to all dirty methods in order to resist and preserve its gains”, he said.