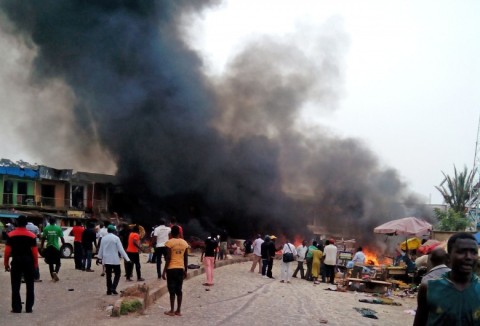 At least 15 people, including students of the Federal College of Education (FCE), Kano have been killed due to bomb blast that hit the institution Wednesday afternoon. 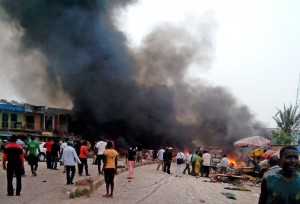 Scene of the Wednesday’s explosion at the Federal College of Education (FCE), Kano

The blast suspected to be carried out by the dreaded Boko Haram insurgents also involved shooting by gunmen after the explosion.

Our Correspondent reported that the ascertained death casualty for now was 15 according to the state’s Commissioner of Police, Aderenle Shinaba.

He explained while briefing newsmen that the dead included 13 students of the institution and the remaining two were suspected insurgents. He claimed the police suspected the attackers and trailed them after which occurred gunshot as they gained entrance into the school complex. He clarified the police opened fire on the invaders thereafter – explosion.

The Police Commissioner announced that two AK 47 were recovered from the bombers as well as hinted that security has been beefed within the kano city and its environs.