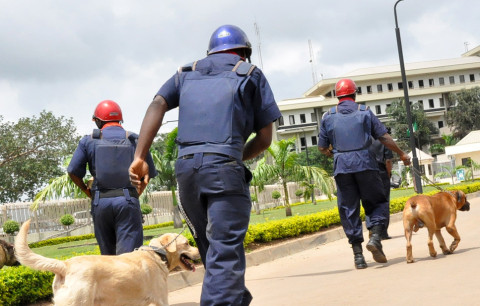 Okoro, who also doubles as the south- east zonal commandant of the security outfit, leveled the allegation while narrating his bitter experience in the hands of the NSCDC operatives to newsmen in Awka, the Anambra state capital.

According to him, trouble started when a vehicle carrying the state commandant of NSCDC hit his car from behind.

He said immediately he alighted from his car to inquire what his offence was, men of the NSCDC came in their numbers and pounced on him, beating him black and blue

Okoro, added that the most disturbing and annoying thing to him was that the NSCDC chief was there watching his boys beat him to stupor without him making any comment.

Hear him: “I was beaten to a pulp just because I asked why someone should hit my car and yet feel ignorance. I was brutalised by these men. You know; we are for peace, I never wanted to order my officers to retaliate, because my advise them to always is to seek peaceful ways of resolving issue as it is better than being violent.

When contacted for his own side of the story, the state commandant of the NSCDC, Mr. Michael Ochogwu in a telephone interview said that the matter had been resolved.  He said his command and the Peace Corps boss have reached a settlement, saying there was no cause for alarm.