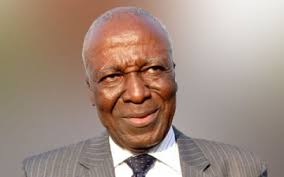 The call for restructuring of Nigeria into true federalism with the different geo-political zones serving as federating units received further boosts on Wednesday as different delegates across different states harped on it. 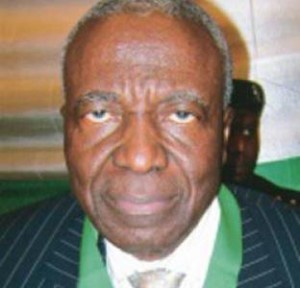 Presided over by the Conference Chairman, retired Justice Idris Legbo Kutigi the session was a continuation of the debate and comments on the speech presented on March 17 by President Goodluck Jonathan when he inaugurated the Conference.

Former Governor of Ogun State, Chief Olusegun Osoba, who advocated regionalism, openly prayed that Nigeria would not go the way of other countries of the world that started as one but had to split into parts along the way.

Describing the President’s speech as epochal and momentous, Chief Mike Ozekhome, SAN, said the President has set the tone for the Conference and that the burden was on the delegates to stop bickering and think Nigeria.

Speaking on the issue of religion, he said: “I am of a Muslim family; my father and my mother were Muslims. In my house, we have as many Muslims as we have Christians and I send many of them to Mecca on the Hajji as one of the five pillars of Islam. We don’t discriminate.

“I want to ask a question: why are we suddenly discriminating against ourselves. Religion is being used, as Karl Marx once said, as opium of the masses to oppress the people. It is by the elites of our people.

“What is going on in the north east of Nigeria does not seem to concern many of us because we are in the comfort of our homes either in Abuja, or in Lagos, or in Port Harcourt or in Enugu….”

“Let us be united, let us have true fiscal federalism and every other thing shall be added to us. Let us have true devolution of power and strip the federal government of too much power.”

While advocating fiscal federalism, Okoko said the 1999 Constitution was fraudulent in every aspect because with so much power being vested at the centre, it created rooms for avoidable wrong doings.

Senator Anietie Okon in his comments said the Conference has the potentials to lay the foundation and building blocks towards resolving certain national and local contending issues.

While advocating devolution of power with the zones serving as federating units, Okon said the reason for non-functionality of government is that the central government has become too unwieldy.

He urged the Conference to do justice to the expectations of Nigerians.

Senator Femi Okurounmu who had earlier chaired the Presidential Advisory Committee on the Conference observed that for Nigeria to return to the path of growth and wholesome values, “we must wipe away all the negative imprints of military rule; we must return to federalism and a balanced federal structure.

“The centre must devolve powers to the federating units which are large enough to effectively wield the powers which are to be devolved. The present six geo-political zones or the original 12 states created by Gown are ideal for this purpose.”

He said if corruption is to be curbed and accountability restored to governance, “we must jettison the so-called presidential system and return to the parliamentary system under which our nation set the pace in growth and development even for today’s Asian Tigers.”

Okurounmu advised the Conference not to clamp itself under constraints that were not imposed by the President; he advised against sending the outcome of deliberations must not be sent to the National Assembly.

The delegate said to send it there will defeat the goal of building a new, just and equitable society “because the National Assembly itself is one of those institutions which, as presently constituted, is heavily skewed in favour of some sections of the country and against others.”

For Ezinwa Okoroafor, the National Conference provides a sincere opportunity for inter-generational handshake; explaining that while the elders should provide leadership based on experience, the youth should provide the energy required to push the nation forward.

Miliscent Okonkwo declared unequivocally: “we have to succeed this time,” adding that everyone must think beyond ethnic box and place Nigeria above everything else.

A lawyer, Festus Okoye, informed the Conference of the need to analyse what happened in the past to be able to plan for today and today because as he put it, yesterday has a lot of bearing on what we plan today for tomorrow.

He said some of the delegates at the Conference were internally displaced from their own states by insurgency and that the security problem facing the country today could be traced to the inability of policy makers to develop a comprehensive national security system.

Citing President Jonathan as example, Gabriel Okoye said courage is what good leaders are made of and that the President has demonstrated courage both in his speech and in action.

He said those of them in the Diaspora were desirous of voting in every election and suggested establishment of Diaspora Commission by the federal government would help in that regard.

Okuniyi Olawale said the Conference, with the caliber of people in attendance, should be able to give Nigeria a direction and stability.

Olawale said each delegate must be determined to maximize the opportunity provided by the Conference for the growth of the nation instead of getting distracted by pettiness.

One of the women delegates, Bisi Olagbegi informed the Conference that Nigerian women have been treated with ignominy for too long and structured out of relevance.

She pleaded that when issues are being discussed at the committee level, matters concerning women and the abuse and neglect of children should be given serious consideration.

Okon Osung from Akwa Ibom State raised the issue of resource control and environmental pollution and demanded that both be accorded desired consideration during committee discussions.

He painted realistic picture of environmental degradation caused by gas flaring and coastal erosion as a result of the unguarded activities of oil companies in the Niger Delta.

Oba Kehinde Olugbenle, in his contribution, said the existence of Nigeria as a nation has been destroyed by past leaders, especially the military; adding, “We need to tell ourselves the home truth.”

Retired Major General Paul Omu told the conference that the 1999 Constitution required some tinkering to enable it meet the desired needs of the people.

He dismissed as untrue the notion that the military be held responsible for the backwardness of Nigeria explaining that for every military coup in Nigeria, politicians and civilians are always accomplices.

President of the Nigerian Union of Teachers, Michael Olukoya lamented that 85% of the delegates who must have benefitted from public primary school education needed to be told what has happened to public schools in Nigeria.

He said delegates must rise from the Conference with the determination to revamp public schools although, as he put it, most of the people no longer believe in public schools.

Professor Akeem Oyebode described the federal system operated in Nigeria as caricature. He said the Conference must take steps to re-configure, re-invent and re-launch Nigeria.

He said the question of federation remains critical to the country, “the military killed federation because federation and military are strange bedfellows.”